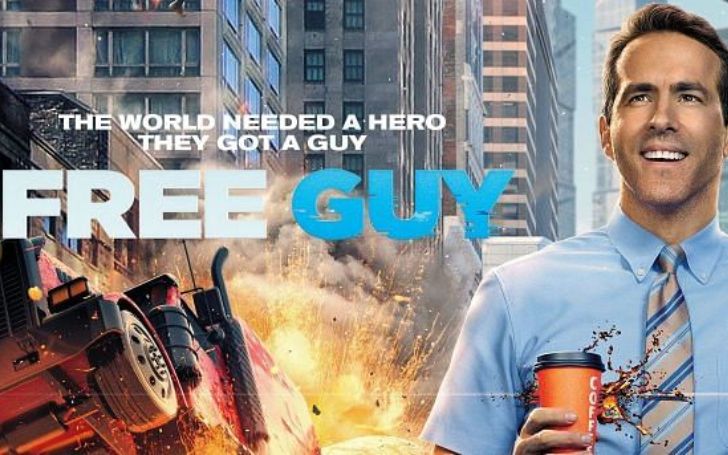 Free Guy will be released in theaters by next week. Finally, after many setbacks, the long-awaited film set its release date. Moreover, the movie star, Ryan Reynolds, kept us all entertained and egger with funny videos about the film.

Originally the release date was back on July 3rd of 2020. However, due to the Covid-19 pandemic, the movie was delayed. Moreover, the film moved it to December 11th of the same year, but we all know how it went.

About a day ago, on August 2nd, 2021, the amazingly talented actor Ryan Reynolds shared a teaser on his YouTube channel and other social media. In the clip, we see a beefed-up version of his character beating the heck out of Guy.

What’s more, in a very Ryan-like fashion, he captioned

2021 has been a real growth year for me – mentally, emotionally and hormonally. #FreeGuy

The hilarious actor seems to be very excited about the movie. Moreover, seeing his excitement, we can’t help but feel the same.

Will Free Guy Be Worth The Wait?

As an avid gamer and a movie fanatic, I honestly believe that it will be worth it. Given the cast members and the talent behind the scenes, the movie Free Guy will surely deliver on all the things they promised.

Video Game movies usually come out short in some form. However, gaming culture has come a long way over the years. The genre itself is still in a developing stage. And like superhero movies, with enough time, video game films will undoubtedly be the next big thing.

You May Also Like: Top 10 Comedy Movies of all Time

From its looks, Free Guy takes all the gaming culture and references in a mixture of a concoction of everything we love about the virtual world. And the movie is only a week or so away.

Free Guy will premiere at the Locarno Film Festival in Switzerland on the 10th of August 2021. Moreover, the rest of the world will enjoy the movie the day after. Most of the European countries and South Korea will release the film on the 11th of August.

According to IMDb, the rest of the countries will release the movie on the 12th and 13th of August. Likewise, Brazil will be showing the film on the 19th of August.

And yes, the long-awaited movie will be available on all of the major streaming sites. However, the date of digital release remains a closely regarded secret. However, we assume that it will probably be around late September or early October this year.