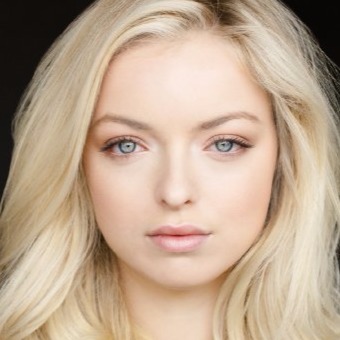 Francesca Eastwood is an illustrious American actress, TV personality, model and a popular socialite. Francesca is best recognized in show business for her appearance in the reality documentary series Mrs. Eastwood & Company. She is also popular for winning Miss Golden Globe title in 2013.

Francesca Eastwood was born on 7th August 1993 in Redding, California, United States of America. She grew up in California where she completed her school education from Stevenson School.

Francesca made her movie debut in 1995 released drama movie The Stars Fell on Henrietta. She portrayed the character of Mary Day in the movie. In 1999, she was selected to play the role of Kate Everett in the mystery drama movie True Drama.

After few years of getting associated with the movie industry, she proceeded to make television debut in 2012 where she made an appearance in reality documentary series Mrs. Eastwood & Company. The television series focused on the lives of Francesca along with stepmother Dina Eastwood and half-sister Morgan Eastwood.

While appearing in the series, she and her alleged boyfriend Tyler Shields came into attention when they filmed the photo shoot scene of burning and annihilating $100000 Hermes Birkin bag. After the incident, she started getting death threats.

Eastwood, after several years of controversy, continued her acting journey. She made an appearance in many television movies like Wuthering High School, Mother of All Lies and Girl Missing which helped to boost her career.

In 2015, she showed exceptional performance as Gwen in the action thriller horror movie Final Girl. That same year, she was seen in other several television series such as Kids vs Monsters and Heroes Reborn.

The well-known actress was born to famous actor Clint Eastwood and actress, Frances Fisher. She has six half-siblings from her father’s side.

Francesca is presently in a relationship with Canadian Ice Hockey star, Richard Clune. She has been seeing him since May 2015. Eastwood was previously married toJordan Feldstein. However, after a week of getting married, she filed for annulment on 25th November 2013.

Before that, she also dated photographer, Tyler Shields for nearly two years. from 2011 to 2013.Francesca is presently residing in Los Angeles.

Right now, Francesca Eastwood is focusing on her upcoming acting project. She was last seen in 2016’s western movie, Outlaws and Angels.