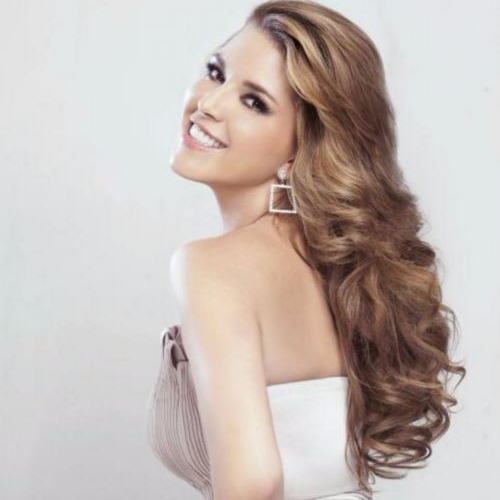 Democrat Hillary Clinton splashed Trump for mocking Machado by calling her “Miss Piggy” or “Eating Machine” when the Venezuelan beauty was working out to get back into shape post-Miss Universe pageant.

Machado was even insulted by Trump as “Miss Housekeeping” just because of her Latina origin. And, Clinton referred to the act as a predominant example of Trump’s demeaning opinions about women.

Trump who is Clinton’s opponent in the presidential election, outrageously insulted the former Miss Universe putting her on an exercise regime and even scheduling a trip with her to NYC gym. There the businessman blindsided her with a mass of cameramen, who were ready to film her lifting weights and jumping rope.

However, Machado hiding her mortification behind a show of smile, the beauty queen cooperated with the reporters gathered there. Though she seemed to appear smiling amid the crowd, she admitted having felt like caged mouse. She said, “I was in some gym in New York like a mouse.”

Alicia, who is now an actress, television personality, and singer, is thriving these days on her own individuality. In an interview with “Fox and Friends” on Tuesday morning, referring to Donald’s character, the former beauty queen said, “He can’t be a president of the United States of America.”

She further added, “It’s not revenge from me. It’s just that I know very well this person. I know what he can so. This is more than a reality show.” She also claimed she is voting for Clinton.

I received my passport ! I’m ready to vote For my country for you @HillaryClinton for my daughter For women workers pic.twitter.com/U5lSwWxiHc

However, Trump restated claims, “Alicia’s massive weight gain was a real problem.” Clinton’s opponent said his criticisms stopped from her being “absolute worst”.

More recently, 39-years-old Machado added another title to the list of her identities i.e. an activist. A few months ago, she teamed with Dolores Huerta, a civil rights icon in Virginia to join the immigrant advocacy group in inspiring Latinos to vote for Clinton.

I so proud and inspiration to be a U.S. Citizen! I’ll be Voting! All my power and my support become with my next President @hillaryclinton Miss Housekeeping and miss Piggy Can Vote @realdonaldtrump

Alicia Machado became a US citizen on 19th August; she used Instagram to share that she would cast her vote for Clinton.