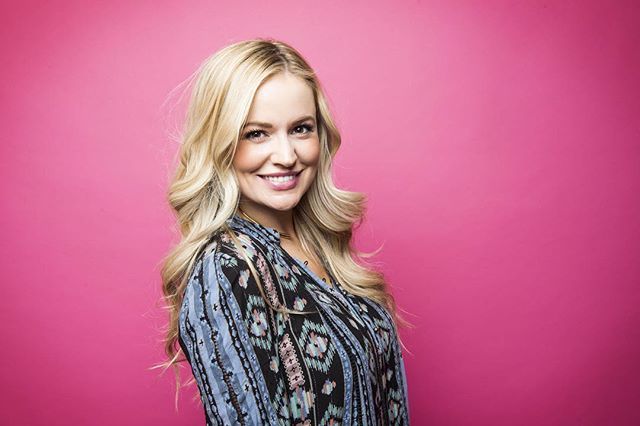 Emily was born on February 1, 1986, in West Virginia, USA. While she had a happy childhood in West Virginia, she attended a boarding school in Florida. In Florida, she always felt left out. She carved for attention which ultimately left her depressed. She had to be admitted to the hospital – once in fear that she would commit suicide, as she threatened she would, and another time when she overdosed herself with painkillers.

From the young days, she struggled with personal tragedies. Before trying to find her love on screen, she lost her high school sweetheart-turned-fiance Rick Hendrick in a plane crash. Just days after few days of Rick’s death, she found that she was pregnant with her daughter Ricki.

A single mother, Emily exchanged rings with two men on-screen. Finally, her search for perfect husband ended when she met Tyler Johnson. Shortly afterward, the pair got married. Now, the family of five including her two sons: Gibson and Jennings born with Johnson and daughter Ricki live a happy life.

One can read her life struggles in her book I Said Yes, My Story of Heartbreak, Redemption, and The True Love.