Skip to content
Home » Entertainment » Finally they made it official! Chris Hardwick and girlfriend Lydia Hearst gets married in a romantic ceremony. No she is not pregnant yet. Discover the full story

Finally they made it official! Chris Hardwick and girlfriend Lydia Hearst gets married in a romantic ceremony. No she is not pregnant yet. Discover the full story 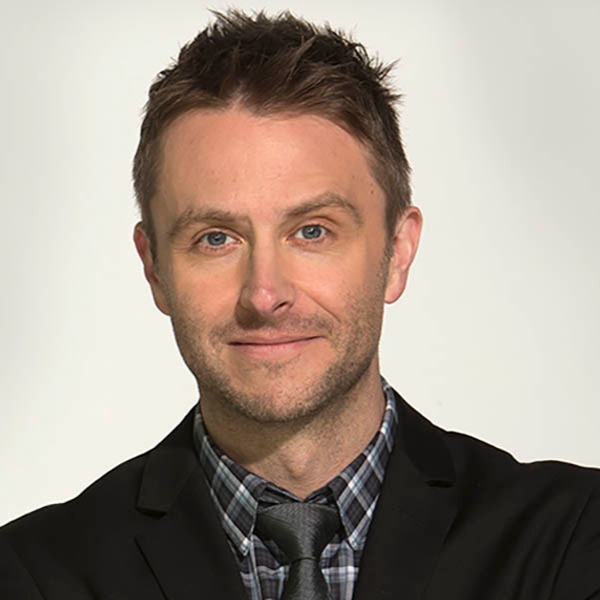 Chris Hardwick, a famous TV host of Talking Dead and his girlfriend Lydia Hearst got married in a romantic wedding ceremony on 20th August 2016 in California. Married recently, the couple has yet not announced about Lydia being pregnant.

Hardwick is involved in a love relation with beautiful model and actress, Lydia Hearst since November 2014. After dating a year, he proposed to his sweetheart in September 2015.

Lydia shared her happiness of becoming abride on the eve of wedding date through posting comic filter picture of her and Chris on Instagram which was captioned as My love for you will never die @hardwick.

My love for you will never die @hardwick

Chris put a huge diamond ring in front of her while making the proposal. The ring actually belongs to Hearst’s grandmother, Catherine Hearst. Hardwick revealed that Lydia’s mom Patty Hearst gave that ring to him.

Have a look at the video where Chris revealed the story of how he proposed to his then-girlfriend Lydia with beautiful flowers and a gag ring on NBC’s show The TonightShow Starring Jimmy Fallon.

Some days before the marriage, the couple shared the happy moment by organizing a rehearsal dinner party. The news of dinner was revealed by Chris through some sweet posts on Instagram where he was kissing his future bride.

One of the most loved celebrity couple’s marriage ceremony was an interesting event where thebeautiful bride, Lydia, wore a gorgeous gown and crystal Stuart Weitzman shoes, whereas groom Chris wore a custom-made Prada tuxedo in deep navy.

Chris’s lovely wife Lydia is not yet pregnant. The lovely couple does not seem near to experiencing the parenthood anytime soon.

The love life of happy couple Chris and Lydia is always known to their fans since they share pictures of their happy moments on their Instagram.

Just before a week of getting married, Lydia posted some picture with Chris on Instagram. In the picture, she was showering some words of love for her hubby Chris Hardwick. She captioned the photo as ‘I’m so lucky to have found my Prince Charming’.

The picture was fascinating as she was creating the magical scene of Snow White. Through her Instagram, she also gave a sneak peek of her beautiful gown which she was going to wear on a grand day. She captioned the photo as ‘I Love You and I will never stop loving you. I cannot wait to marry you in one week’.

I am truly blessed to have you in my life @hardwick. I love you, and I will never stop loving you. I cannot wait to marry you in one week

After two years of knowing each other, Chris has finally turned his beautiful girlfriend Lydia Hearst into his wife through a memorable romantic ceremony. Well, although the couple has not made any plans regarding babies, fans hope to hear Lydia’s pregnancy news soon. Best wished to Chris Hardwick and Lydia Hearst for their new life!!