Skip to content
Home » Entertainment » What will be the fate of April (Sarah Drew) in Grey’s Anatomy?

What will be the fate of April (Sarah Drew) in Grey’s Anatomy? 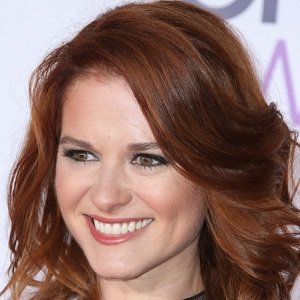 It’s not easy to say goodbye, even if it is in the reel-world. Currently, Grey’s Anatomy fans are mourning the heartbreaking April episode.

The May 10 episode of the show featured a near-fatal accident of April Kepner while she was in a car with ex-fiance, Matthew.

The hospital staff spent the rest of the episode trying to save her and hide the incident from Dr. Jackson Avery (Jesse Williams).

Though she woke up from the coma after hours of CPR, her fate is up in the air.

The scenes afterward were emotional than ever as heartbroken Jackson stayed at her side and began praying.

Is this a build-up for April’s death or will she leave the show differently? That’s something only May 17 episode will tell.

Many fans have guessed that it’s the end of the road for April, as ABC had already hinted the departure of Sarah Drew.

Fans were shocked back in March when the network announced that Drew and Jessica Capshaw would be leaving after the end of this season.

One of the showrunners, Krista Vernoff, stated on Twitter that the decision to make changes to cast was a creative one and not budgetary.

Sarah was live-tweeting during the episode and responding to fans’ questions.

She talked about her favorite parts of the show, hardest scenes to film, what she loves about Jackson (Jesse Williams) and more.

It’s pretty certain that April will be killed in the show. But whatever happens, fans should be prepared for their favorite star’s exit.