Skip to content
Home » Entertainment » Farrah Abraham wants a proposal before 2016 ends! Willing to get married, who is her to-be-husband? Meet her daughter Sophia Laurent Abraham

Farrah Abraham wants a proposal before 2016 ends! Willing to get married, who is her to-be-husband? Meet her daughter Sophia Laurent Abraham 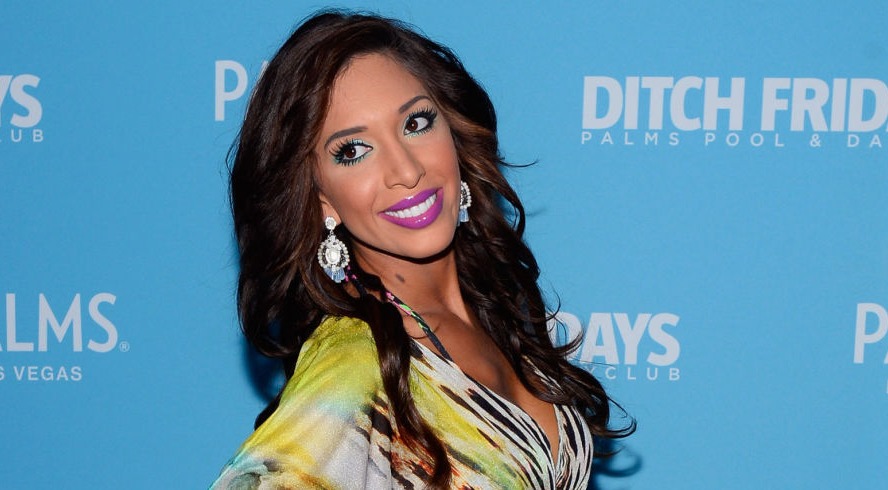 Farrah and Simon forever! Things may have been rocky for the pair in the past couples of years, also they have been known for their several breakups and then patch-up. It’s interesting that they have always crawled their way back to one another. Will they be able to sort out their differences by the end of the year? Because it is a divorce after marriage, not a break-up!

Hoping that her romantic luck will shine, Farrah is pushing so hard for a wedding proposal before the end of this year, which gives Simon few months to make it happen.

However, their liaison status is confusing more lately. We have no official authentication of their relationship status- are they even dating?

Single mom of a seven-years-old daughter, Farrah Abraham’s parenting skills have been ridiculed time and again

Farrah was slammed by haters when she posted a picture of her 7-year-old Sophia, in a bikini and a full face makeup. This wasn’t the first time that Farrah experienced controversies for how she’s raising daughter Sophia.

In the year 2013, Farrah created buzz when she waxed then-3-year-old Sophia’s eyebrows. Looks like Farrah has some vision regarding Sophia’s future, but the way she is interpreting it has clearly raised millions of questions.

Seemingly Farrah Abraham is not heading down the aisle anytime soon before 2016 & also her supposed to-be-husband Simon has nothing to say about his proposing decision. For the time being, Farrah Abraham is putting her plans to get married aside and is focusing on her daughter, Sophia.

Looks like Farrah Abraham is more than ready to settle down! As a matter of fact, she was so preoccupied about the ‘happily ever after’ that she bought her own engagement ring, with a hope for a marriage proposal by the end of 2016. Farrah is an American television celebrity, famed for her appearance on Teen Mom OG.

Let’s find out what’s going on between Farrah and her would-be husband and details on her gorgeous daughter.

Ready to settle down!!! Farah Abraham bought her own engagement ring but boyfriend Simon Saran never paid her back

While Farrah Abraham believes that she nearly has it all, she divulged that her romance department is ‘totally struggling’. In an interview, the curvaceous bombshell revealed that she’s all set to officially settle down before the end of 2016.

How ambitious and anxious is that? Hmm, let’s hope her on-again-off-again beau Simon Saran, is listening.

Farrah thought she was going to marry beau Simon Saran anytime soon. That’s why the sexy brunette put up the cash for a 14-carat diamond engagement ring. But the Nebraska native boyfriend, Simon hasn’t proposed yet.

The things went out of hand for the pair, as Farrah bought a diamond ring for herself & Simon promised to pay her back, but he never did.