Skip to content
Home » Entertainment » What were the Final Words of Dog the Bounty Hunter’s Beth Chapman?

What were the Final Words of Dog the Bounty Hunter’s Beth Chapman? 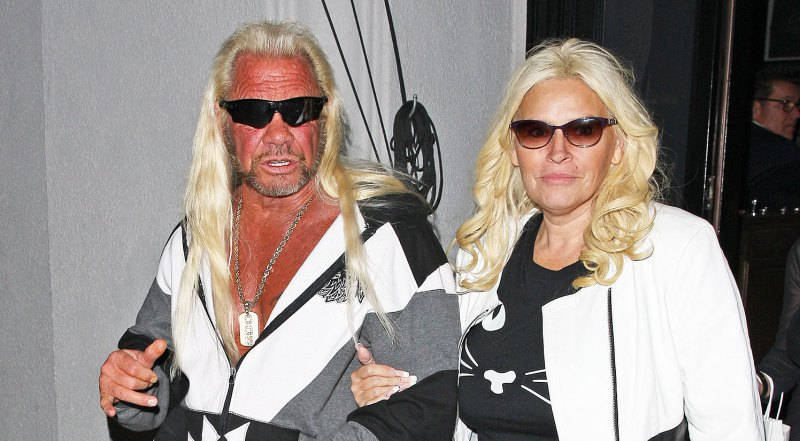 Beth Chapman was an American-Italian bounty hunter, best known as the wife of Duane Chapman, aka Dog the Bounty Hunter. The 51-year-old battled the aggressive form of throat cancer, which Beth first diagnosed in September 2017.

Amidst her health struggles, she was excited to return to her new show, Dog’s Most Wanted, alongside her husband and their team of professionals, The Dirty. While fans are mourning her death, we have brought some lesser-known facts about her.

Beth (born October 29, 1967) was 19 years old when she met Duane for the first time in 1988. At the time, she was working for a lawmaker. After walking out of a grocery store with a lemon when she got a call from her boss, she was arrested for “shoplifting” and charged for unpaid parking tickets.

She also got herself in trouble by carrying an unregistered, and unlicensed gun, which she had taken from her drunk boyfriend and Beth’s father called Duane to bail her out of jail. Beth refused to go to his office for paperwork until he threatened her to put her back behind bars. But, once they saw each other, they were smitten by each other.

Beth was first married to Keith A. Barmore, with whom she shared a daughter, Cecily (born 1993). She was also the mother of a son, Dominic Smith (born 1985), born with her ex-boyfriend. She shared Bonnie Chapman (born 1999) and Garry Chapman (born 2001) with Duane.

In 1995, Duane got himself into drug addiction to cope with his problems and went to live near his sister in Denver. He wrote in his memoir,

“One day, we were both standing in the alley behind the houses on bail bonds row. It was like a scene from a movie. I looked at her and she at me. By the time Beth got to the back of the alley, I was already by her side. I grabbed her and put the most passionate kiss on her.”

Afterward, he and his kids moved into Beth’s house. But, he was still unable to escape addiction, and she wasn’t going to let that stand. By 1997, he battled with the addiction and won. Thanking Beth for backing him in those tough times, he said,

“If Beth hadn’t saved me, I’m not sure I would have survived those years.”

Beth passed away on June 26, 2019, at the age of 51, after she lost her two-year-long fierce battle with stage 4 throat cancer that had transferred to her lungs. She was placed in a medically-induced coma a few days before her death. According to her husband, she spent her final hours worrying about her family. The family knew that the mourning day would come, but they didn’t expect it to go so fast.

Duane burst into tears while stating that the love of his life was asking about the well-being of the family members before taking the last breath.

The family is planning memorials in both Hawaii and Colorado (Beth’s hometown), where they have homes. All family members paid tribute to her through social media and aren’t still over this tremendous loss. Hours after she died, Duane “Dog” Chapman lovingly stated, “Beth isn’t dead. She’s sleeping.” He wrote an emotional message on Twitter saying she hiked the stairway to heaven.

Rest in Peace, Beth. We will never forget you.