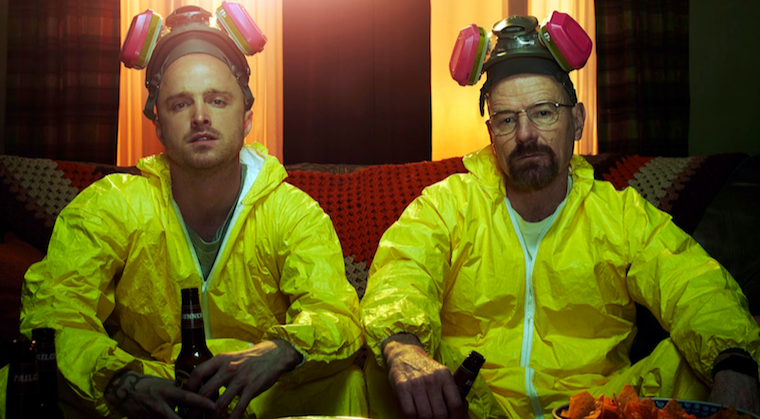 Vince Gilligan’s Breaking Bad Universe keeps expanding! Apart from its prequel, Better Call Saul, which is equal to the original series in terms of great acting and screenwriting, there’s a Breaking Bad full-length movie in works.

Will Bryan Cranston’s Walter White come back from dead? Cranston recently addressed the question in an interview with Entertainment Weekly Radio. Moreover, Bryan is ready for the upcoming Breaking Bad movie and has said that he would reprise the role of Walter White in Better Call Saul’ and the forthcoming film “in a second.”

“From a realistic standpoint, if I got called to do the movie or Better Call Saul which I don’t know would ever happen – I really don’t – I would do it in a second. My experience on Breaking Bad changed my life and my professional life. It gave me opportunities that would not have come.”

Since the rumor of the movie emerged, there have also been speculations that Cranston’s Walter White will also be in the film. The show’s previous season focused on Jesse Pinkman’s (Aaron Paul) imprisonment. Like and how he turned into a meth-making enslaved person before escaping in the show’s final moment.

The plot details for the movie remain under wraps. Besides, it’s likely to be centered around Pinkman’s life after fleeing from imprisonment.

Getting to see someone like Jesse in the aftermath of the series finale has been something fans have desired since the reports of the movie surfaced. In 2018, there is a slim chance of the upcoming film being titled Greenbrier. Gilligan would be the writer, executive producer & probably, the director.

According to The Hollywood Reporter, the movie would mark Gilligan’s first project since he signed a new three-year deal with Sony TV in July 2018. There’s also a probability that Cranston’s character could be featured in flashbacks. Do you want Cranston to return for the movie?