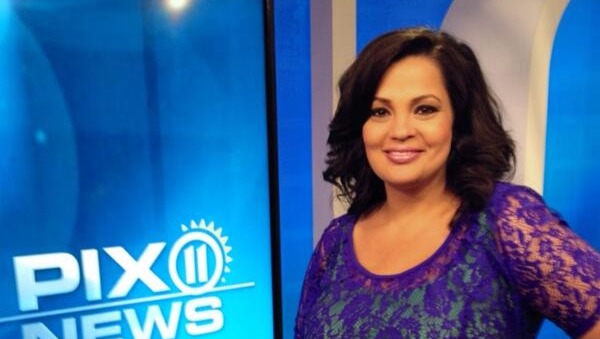 Longtime WPIX anchor Sukanya Krishnan has joined Channel 5 at Fox News! Sukanya made her debut on Fox5 at 4:30 am on August 21 alongside anchor Jennifer Lahmers. But…what happened to Antwan and Teresa on Fox 5?

The official Twitter for Fox News 5 announced yesterday that the veteran anchor will be joining Jennifer Lahmers on Monday for her very first appearance on the channel from 4:30 am to 7:00 am from their New York station WNYW. 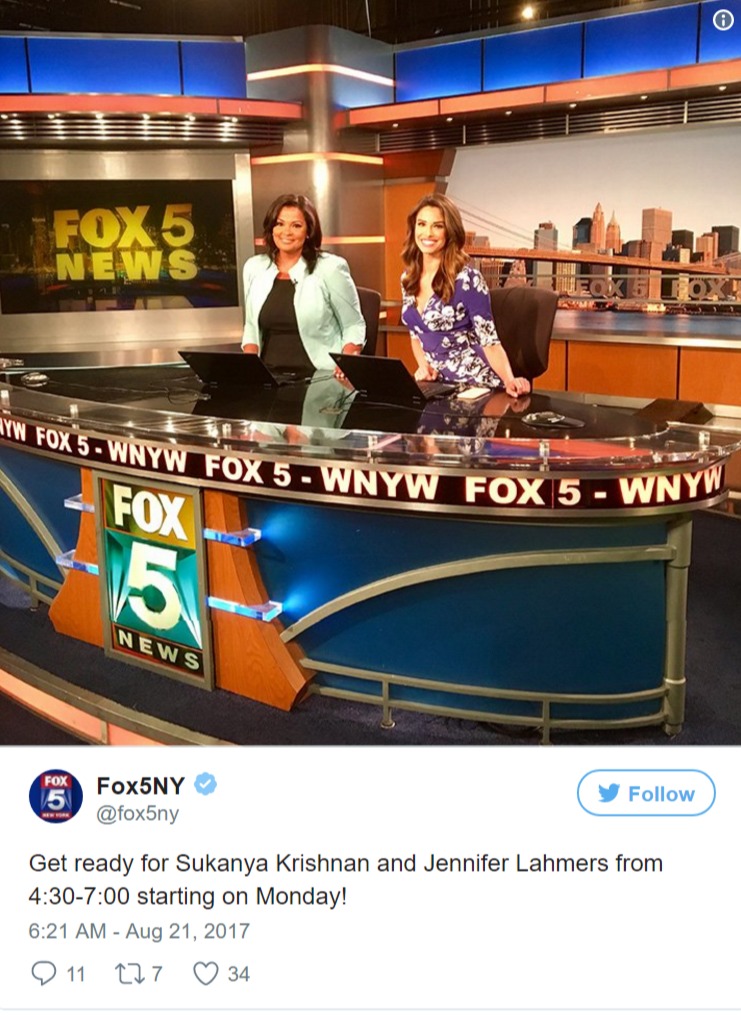 The channel shared a photo of Krishnan behind the desk with Lahmers with the caption, “Get ready for Sukanya Krishnan and Jennifer Lahmers from 4:30-7:00 starting on Monday!”

Krishnan, who has two children with her firefighter husband, confirmed that she will be staying on Fox 5 permanently. When a fan on Twitter asked if she’s staying for long term, she replied in the affirmative.

Fans are excited to see Krishnan in her new role and are expressing their joy on social media.

“I’m so excited to see Suki again !!!! She does a great job with the news, from the serious to the delightful! I’m watching thank you Fox I’m sure these early morning ratings are about to soar!!” wrote one excited fan on Facebook.

What happened to Antwan and Teresa on Fox 5? 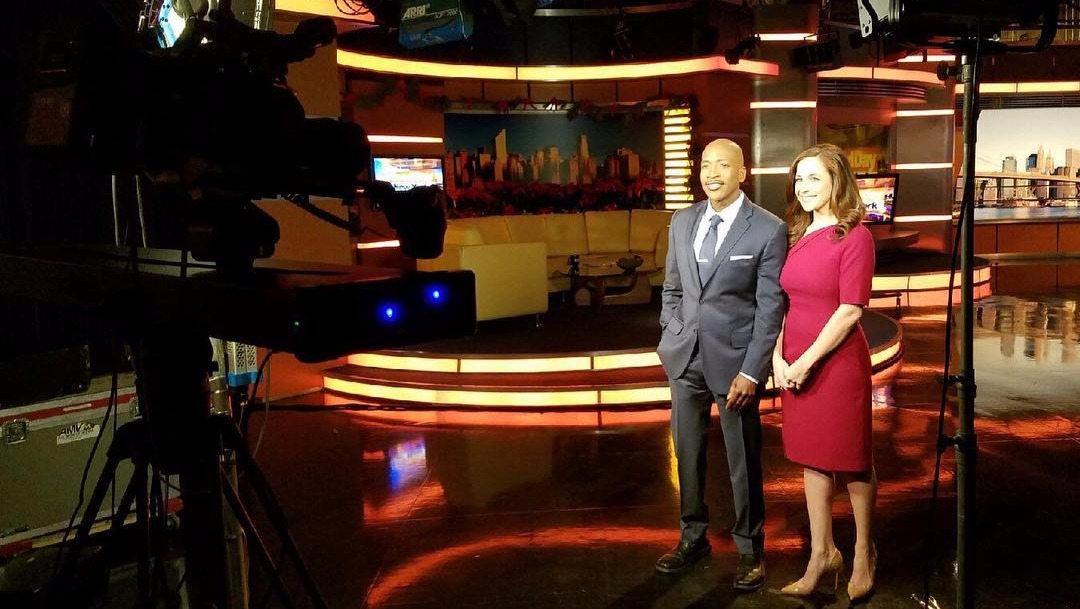 However, some have raised concern about anchors Teresa Priolo and Antwan Lewis getting replaced.

“Time for a new studio too.. maybe not since who ever this Sukanya is probably has a over rated high salary. I like Jen Lahmers but it’s not right pushing Antwan and Teresa out,” wrote a concerned fan.

No offense to these two, by @Fox5Teresa and @AntwanLewisTV are the best. Better than conceited Rosanna and Greg even. Great rapport. Boo.

Teresa Priolo is presently hosting the 5/10p slot at Fox5NY.

Sukanya Krishnan left WPIX in May after 17 years of service 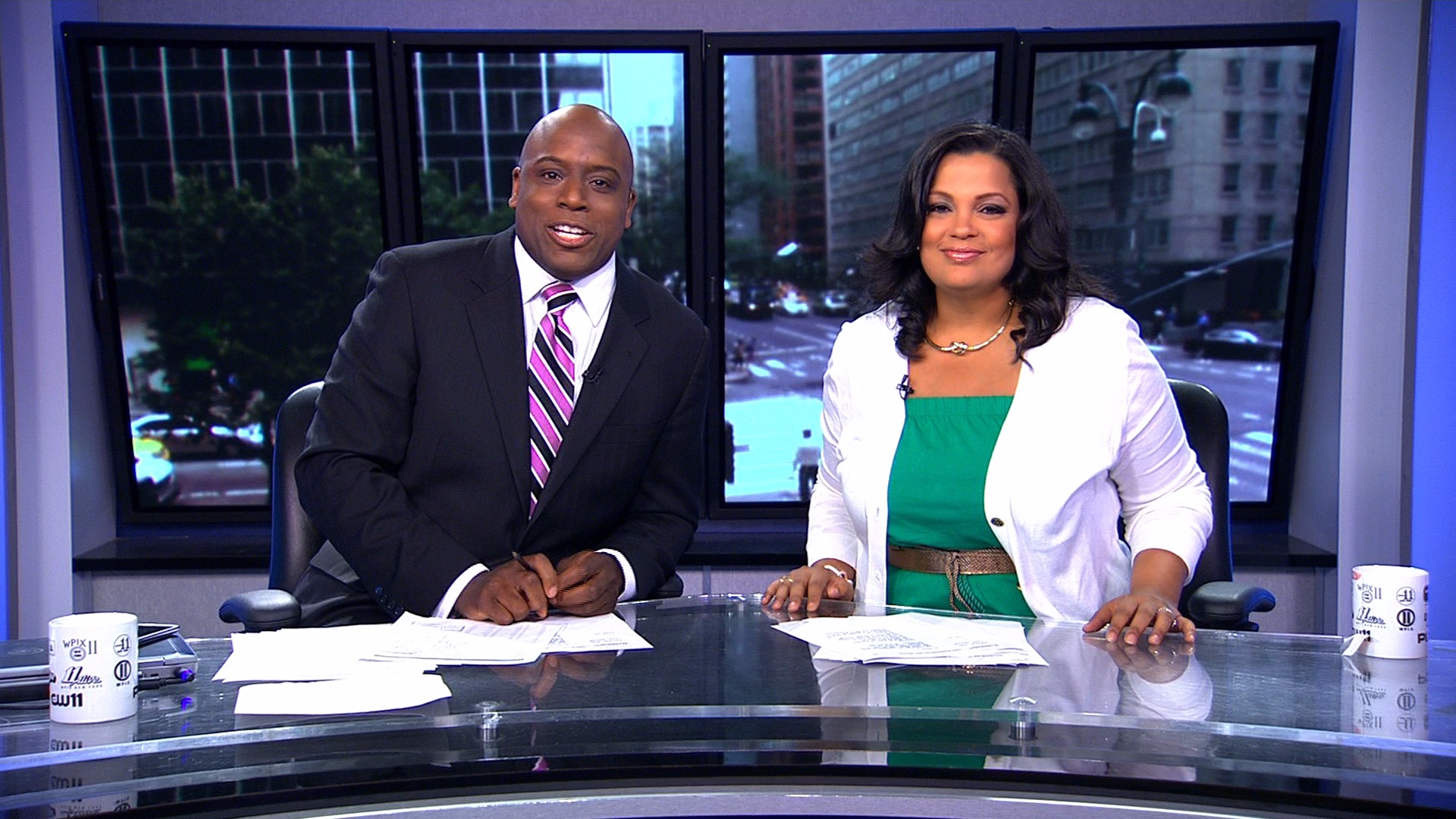 Krishnan’s latest news comes at the heels of her shocking announcement earlier this year.

On May 3, Krishnan announced on air that she was leaving her job at WPIX in New York after 17 long years.

“My time at PIX is coming to an end. I will be leaving at the end of the month,” said the multiple Emmy Awards-winning anchor to her fans.