Skip to content
Home » Entertainment » What is the Net Worth of The Last American Man Eustace Conway?

What is the Net Worth of The Last American Man Eustace Conway? 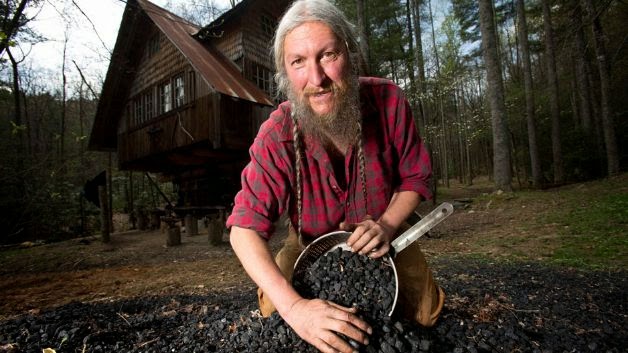 Deep in North Carolina’s majestic the Blue Ridge Mountains lives a man who is said to be the spokesperson for Earth. The unique naturalist, Eustace Conway, has been celebrating the life of all creatures for almost 41 years now.

Battling with a series of challenges that nature has to offer, Eustace has been living a life full of adventure. The 58 years old showman, educator, and articulate communicator has dedicated his life to Turtle Island, a place which he calls home.

So, let’s take a look at what else the 58 years old Mountain Man has been doing in the wild.

By the age of 12, Eustace used to go to the forest alone, where he made his shelter and lived off the land for a whole week. At age 17, he left his home to live in a tipi in the woods during which he wore nothing but homemade buckskin clothes.

When Conway was 18, he canoed 1,000 miles on the Mississippi River and hiked all across the Appalachian trail at 19. He has hiked the Alps in sneakers, kayaked across Alaska, lived with Navajo in Mexico, and scaled cliffs in New Zealand as well. In his mid-twenties, he flew off to Guatemala to visit a remote village of Mayan Indians.

Conway graduated from Appalachian State University and holds a degree in English as well as Anthropology.

Once Eustace and his brother, Judson, claimed they were the first one to cross the United States in horseback after they travelled from Atlantic to Pacific in 103 days. It was later discovered that the record was held by Bud and Temple Abernathy, who crossed the country in just 62 days at age 11 and 7, respectively.

In 2003, he was the subject of the documentary Full Circle: A Life Story of Eustace Conway directed by Jack Bibbo as well as the book, The Last American Man by author Elizabeth Gilbert.

What is Mountain Men Tom Oar net worth in 2020? Meet his wife

Eustace Conway was featured on a reality TV series, Mountain Men on the History Channel, which focused on the daily life of Conway and the rest of the cast members, including his friend, Marty Meierotto.

The TV series that premiered on May 31, 2012, ended it’s 8th and latest season on September 5, 2019. Before getting on Mountain Men, he was also one of the featured characters of the 2012 documentary film, Recovergance.

Trouble with the Law

Conway was forced to shut down Turtle Island for public access in November 2012 as the traditional building violated the building codes. Thanks to Mountain Men, he was noticed by the government in mid-December 2012 and started making progress for a resolution with the North Carolina Building Code Council.

Unfortunately, the progress stopped after he was arrested for trespassing his neighbor’s land. After months, the State Officials soon noticed the ongoing legal battle, and soon the North Carolina General Assembly intervened proposing an exemption for building code requirements.

On June 12, 2013, the bill was unanimously passed and signed by the governor, Pat McCrory. The entire trial was later covered by the Fox News Special, War on the Little Guy hosted by John Stossel.

What you should know about Mountain Men star Jason Hawk? Net worth and more…

The reality TV star has a pretty active Instagram as well as Twitter account, where he shares pictures of the wildlife. He is currently focused on naturalistic endeavors and has not been married yet.

Everything about Mountain Men star George Michaud| Where is he now?

The 9th season of Mountain Men is said to be premiered in May or June 2020.