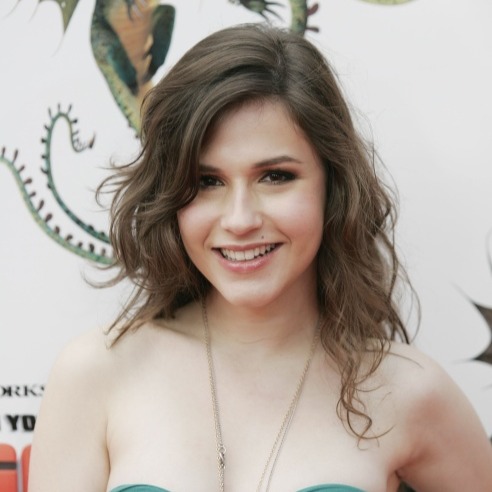 Erin Sanders is a California-born actress widely recognised for her roles in Zoey 101, Big Time Rush and The Young and the Restless. She has been active in the field of acting for last 15 years, since 2001.

Born on 19th January 1991, Erin Sanders was raised in Santa Monica of California, United States. A little is known about her early high school and college focus in what would later become her profession. She was an active member in the school dramas and plays.

Erin, professionally, started her main acting career at the tender age of 13, when she played the role of Quinn Pensky on the television series Zoey 101, a Nickelodeon production. Erin’s performance throughout the series, until 2008, still remains as a landmark in her career. This series gained her popularity, especially among the children, and a higher position in the television industry.

Prior to Being Quinn, Erin was doing a lot of dramas and appearing in numerous episodes of some series such as Judging Army, Carnivàle, and American Dreams. However, these were just some experience-gathering tools. After finishing Zoey 101 in 2008, Erin was again cast in The Young and the Restless as Eden Baldwin.

Starting from 2009, Erin has signed into play the recurring role of Camilla Rush in the television series Big Time Rush. The series was finally terminated in 2013. In the recent years, however, Erin has been getting involved on the Hollywood side, slowly dropping off the television side. She has done numerous short films lately such as First (2013), Awkward Party (2014), and The Greys (2015).

Erin is an animal lover. Likewise, she loves watching movies and series. Her favourites include Mad Men (2007), Girls (2012), and American Horror Story (2011). Besides acting, Erin is also an adept Yoga Instructor.

Erin has been nominated in a lot of award categories by Young Artist Award since 2003. Of all the nominations, she won Best Young Ensemble Performance in a TV Series (Comedy or Drama) for two consecutive years – 2006 and 2007. Also, Erin has set a winning streak by retaining ‘Best Performance in a TV Series – Recurring Young Actress 17-21’ award for four years – 2008, 2011, 2012 and 2013.