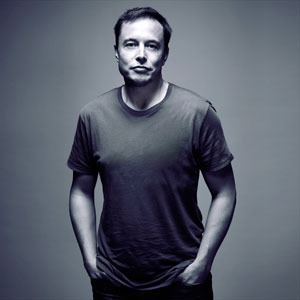 Elon Musk was influenced by his electro-mechanical engineer dad and developed an interest in technology as a 10-year-old boy. His craze for technology led him to learn computer programming by himself.

It was quite a surprise that he sold the code for a BASIC-based video game called Blastar to a magazine, PC and Office Technology for approx. $500 when he was just 12.

Starting with developing and marketing an internet “city guide” for a newspaper publishing industry, he received contracts from Chicago Turbine and The New York Times.

Elon wanted to be CEO of Zip2, but all board members didn’t agree with his intentions. Finally, Musk sold the company to Compaq for 307 million USD in cash and 34 million USD  in stock options in February 1999.

Elon Musk held the largest shares of PayPal until eBay acquired the company.

Musk obtained 7% from the Zip2 sale amounting to $10 million, which he invested in co-founding an online financial services and e-mail payment company called X.com. A year later, X.com merged with Confinity, the company that focused on the money transfer service known as PayPal.

Shortly afterward, the company focused on PayPal service and was finally renamed PayPal. The company’s early growth became driven by the viral marketing campaign, which saw a rapid increase in customers.

Musk, who held the company’s chair before October 2000, was ousted due to company leadership disagreement. Over his desire to move the Unix-based infrastructure of PayPal to Microsoft Windows.

However, he remained on the board until eBay bought PayPal for 1.5 billion USD. The company provided Musk with $180 million for his 11.7 % shares, the largest share among shareholders.

With his involvement in various projects, the horizon of his vision broadened even more. Receiving enough funds from the sale of PayPal has helped him pursue his other interests like alternative energy sources and space engineering services. Now, he is the CEO of companies like SpaceX and Tesla Motors.