Why Elon Musk is the greatest CEO of our generation 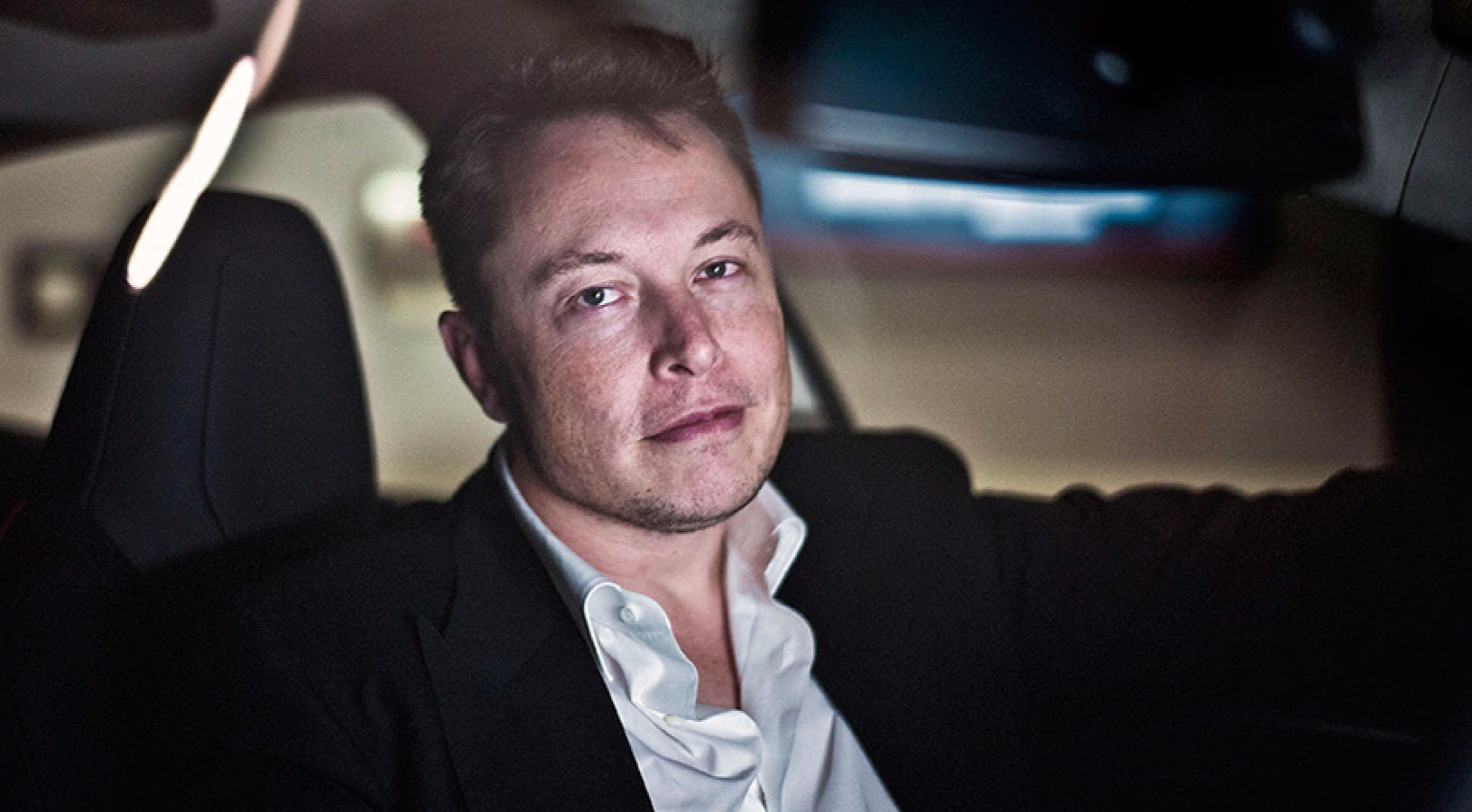 Elon Musk is one of the most liked CEOs and he has proven himself once again by personally responding to a customer on Twitter. Replying to a suggestion, Musk said that he’ll make sure the changes in the upcoming software releases.

Tesla is best known for their innovation and futuristic concepts. Their cars, Model S and Model X are as popular as muscle cars and European imports. They implemented the auto-pilot feature in their cars which is, in fact, revolutionary. 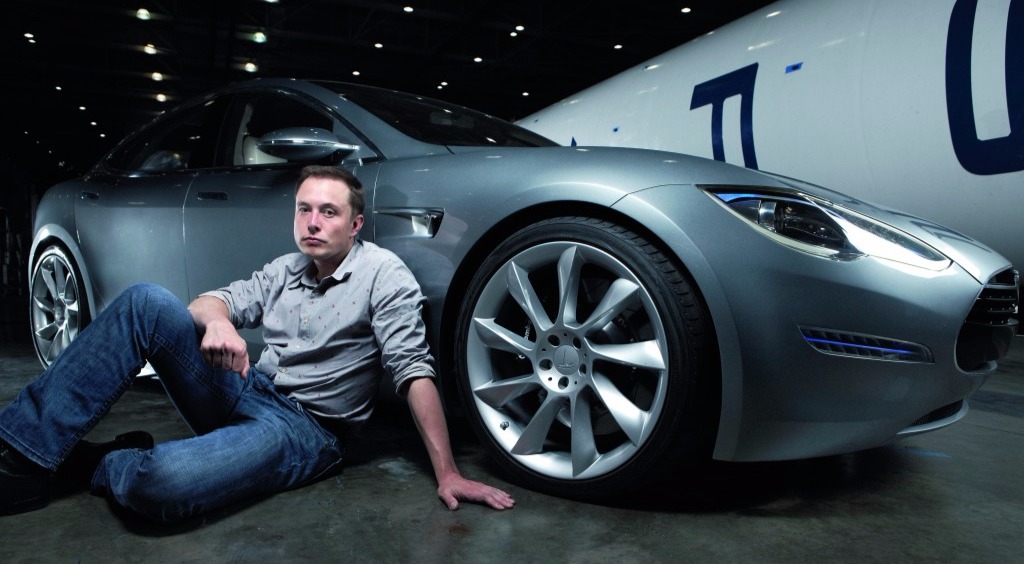 Although they are very good at what they do, Tesla has been criticized for their poor customer handling. There are many complaints regarding their slow customer care response. In order to change this, CEO Elon Musk, has been very active on Twitter answering the tweets sent by his customers.

How much is Elon Musk worth? Earnings from Zip2 & PayPal shares

Elon Musk approved of a customer’s suggestion on Twitter

Recently, a Twitter user had some problems with the steering wheel of his car and as a responsible customer, he tweeted to Mr. Musk. He suggested that Tesla raise the steering wheel and move back the seats while exiting once the car is in park. Mr. Musk promptly replied that it was a good advice and he will add the feature in upcoming software releases. 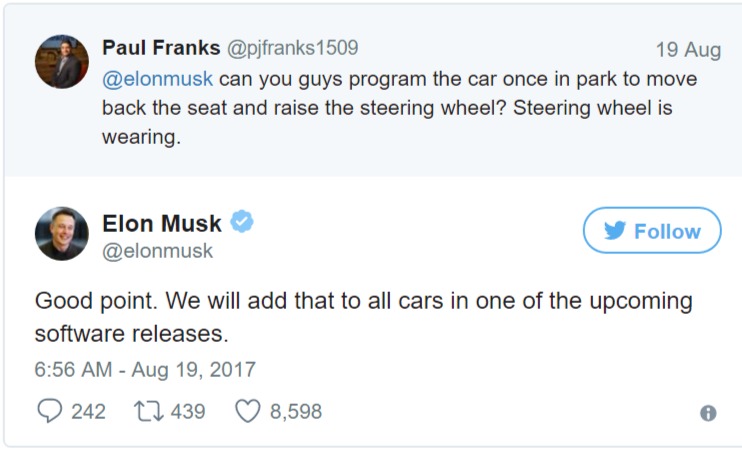 He also confirmed that the present cars on the road too will receive the feature in the new software release.

Another fellow customer tweeted to Musk saying that the feature must be implemented while entering the car too. Musk replied that the seat should be configured automatically when touched the door to adjust the to person entering the car. He didn’t confirm whether this feature will be added in the next software release.

People are very much excited after the news about the added feature was confirmed by Tesla. They are finding that the company really cares about it’s customers. It’s an important step towards building a strong bond with the people, which Tesla has craved for so many years.