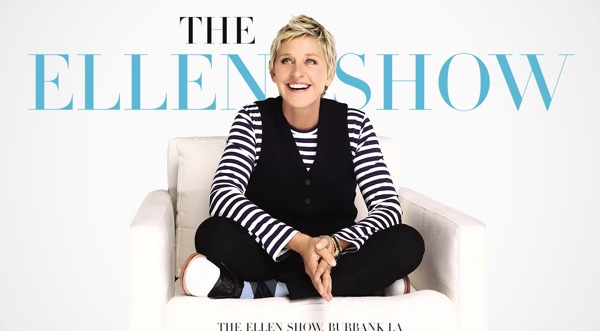 Nearly a month away from Holloween, Ellen DeGeneres, the popular host of The Ellen DeGeneres show, is scaring his guests to death. The latest victim of this pranksters prank was the season 5 finalist of American Idol Kellie Pickler.

Pickler attended the show so that she could promote her CMT reality series, I Love Kellie Pickler, which features a recent trip to Tokyo. Speaking about her trip to Japan the singer was heard saying, “have you ever been to Japan? You have to go”.

Providing further information about her trip to Japan, she hailed it as an incredible experience. Speaking more about her trip the Someone Somewhere Tonight singer said that it is a respectful thing to try and learn as many languages as one can.

She further explained about her trip and started sharing her experience and the joy of dressing up as a geisha. Her quotes were matched by the photos that were displayed on the screens behind her.

A split second after, a man dressed as a Geisha came out; Kellie gave a loud scream before backing into her chair and looked extremely scared. Catching her breath the singer screamed, “Oh my god! What the hell was that? Holy Heavens”.

After calming down, the frightened singer asked DeGeneres where it went? DeGeneres laughed at her question and replayed the video.

This, however, is not the first time when Elle DeGeneres has been able to make his guest scare to death. Before Pickler, her fellow American Idol constant Carrie Underwood became the victim of DeGeneres’s scariest game, when she visited the show for the 10th time in Mid-September.

The show then began with the two stars, Underwood and DeGeneres talking about their fashion sense 10 years ago and how it has changed post their stint in American idol.

The pictures brought a glimpse of embarrassment on Underwood’s face. “Oh my God” she screamed while looking at those pictures, and while the pictures faded away, a man dressed like Underwood’s husband came out and scared the life out of Underwood.