Elisabeth Harnois broke up with boyfriend Jesse McCartney. Were they engaged? 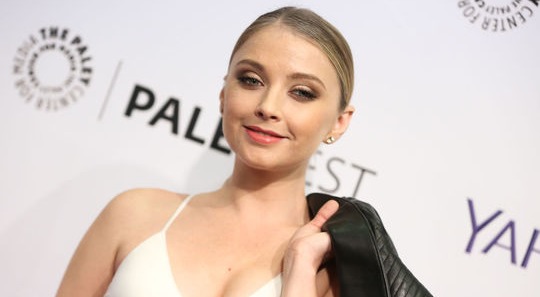 A few months back, there was a gossip of Elisabeth being pregnant. The gossip settled down after the actress Elisabeth was asked about it and she answered with “No Comments!”

One way or another, these rumors have helped her gain fans curiosity. Regularly being a subject of media buzz from her break-up news to pregnancy and wedding rumors, her movie starring her ex-boyfriend pulled high attention.

She was seen in CSI: Crime Scene Investigation from 2011 to 2015 as Morgan Brody. She is also highly appreciated for her fashion sense and obviously her beauty.

After break up with boyfriend Jesse McCartney, Elisabeth hasn’t been in a relationship with a celebrity. The rumors of Elisabeth Harnois being engaged to her mystery man, however, haven’t been confirmed yet.

Elisabeth Harnois broke up with real life boyfriend Jesse McCartney. Her dating history is not so long. She hasn’t dated lots of men.

Seen together in 2008 movie Keith, the duo soon parted ways but Harnois kept on appearing in news. After break up, is Elisabeth Harnois dating anyone at present? Let’s dig it out.

Where Are The Children? actress Elisabeth Harnois was in a relationship with Jesse McCartney who is also an actor and singer, as well as a songwriter. Elisabeth and Jesse met on the sets of Keith which was released in 2008.

It is reported that Elisabeth Harnois and Jesse McCartney were seen at the premiere of their movie the last time and after that, the Medias haven’t caught any glimpse of them together.

Jesse has already moved on. He is now in a relationship with Katie Laura Peterson.

Whether it is truthful or not, there is a new rumor clouding over Elisabeth Harnois. The rumor is that Elisabeth is now engaged with a mystery man whose information is not available till now, but the rumor is going on.

Correspondingly, a tweet on her Twitter is also adding some spices for the Medias to bring her on the gossip pages. The rumor was even more fueled. Actually, what happened is that one of her close friends tweeted her on her Twitter, saying “Congratulation both of you.”

Is it a hint that the One Magic Christmas actress is very soon going to be settled down? On the other hand, Elisabeth is also neither denying it nor accepting it. So, there is chaos in the media and fans are eagerly waiting to see the wedding pictures of her with her mysterious man.