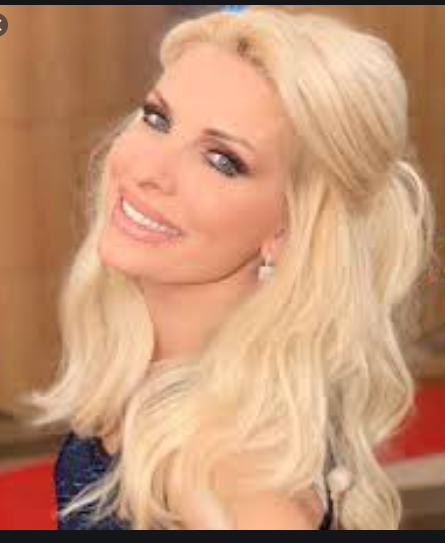 A hot, gorgeous and popular Greek movie, television actress and talk show presenter, “Eleni Menegaki” is best known for her appearance in the television shows ‘Kafes me tin Eleni’ and ‘Eleni’. This attractive lady opened her eyes first time on 29th October, 1969 in Athens, Greece. She carries a Greek nationality. Eleni had a keen interest in acting since her early childhood days. To reach at the stage where she is standing today she has really worked hard. Initially she started her career working as a model. After appearing as a model, she came into the public attention and notice first time in 1991 when she took participation in MEGA channel morning television show called ‘Proino Cocktail’. Soon after a year of participation in the show, she along with the gorgeous beauty ‘Giorgos Polichroniou’ started hosting the popular and successful game show called ‘MEGA Banca’.

Eleni became an illustrious figure after she hosted the game show. In the year 1994, she became more popular and successful after she appeared in ANT1 channel’s successful comedy television show called ‘Pater Imon’. She portrayed a character of radio producer in the successful television comedy show. After a year of hosting the comedy show, she continued hosting another ANT1 channel morning television show called ‘Proinos Kafes’. The show was a big hit and it attracted many people to watch the popular show. With the popularity of the show, Eleni became one of the successful and popular hosts of the Greek television world. She worked as a host of the show for ten long years. Considering the success of the show and her popularity, she was named as ‘Queen of the morning zone’ by the media. In the year 2005, she quit to work as a host of the show and signed a new contract with Alpha Channel to host the another morning show called ‘Kafes me tin Eleni’. Initially, the show failed to gain success as her earlier successful show. But as the show goes on it soon peaked a success especially in the last season of 2010-2011. In 2011, the show’s name was changed to the new name as ‘Eleni’ with its new timing at 13:00. The television show is one of the biggest hit and successful running show in the Greek television history. Considering her popularity, Forbes even ranked her as second most powerful celebrity in Greece.

Throwing some lights toward her personal life biography, the renowned Greek television host got married to ANT1 program manager, Giannis Latsios in the year 2001. The couple shared love and blissful moments for nine long years until they put an end to their relation with divorce in 29th January, 2010. From being in a marital relation with ex-husband, Latsios she has been blessed with three children named Aggelos-loannis, Loaura and Valeria. After being separated with hubby, Latsios she started dating with the businessman named ‘Mateo Pantzopoulos’. She is currently in a relationship with Mateo. Eleni has even announced that she is a pregnant of Mateo’s child in one of her interview. The couple might get married soon in the coming days soon.

This 45 years age renowned lady is also blessed with superhot figure. As of 2015, she carries a sensual body measurements size of 32-24-35 inches. The gorgeous television host stands with the height of 5 feet 7 inches and carries normal weight size of 54 kg. She looks so hot and sexy even at the age of 45. Her sexy pictures wearing hot bikini and short dresses are widely available in the various internet sites.

Eleni is a elegant lady who have earned both name and rewards from her career. Her exact amount of net worth, salary and property has not got exposed in the media yet. More about her can be gathered from the Wikipedia and other various internet sites.