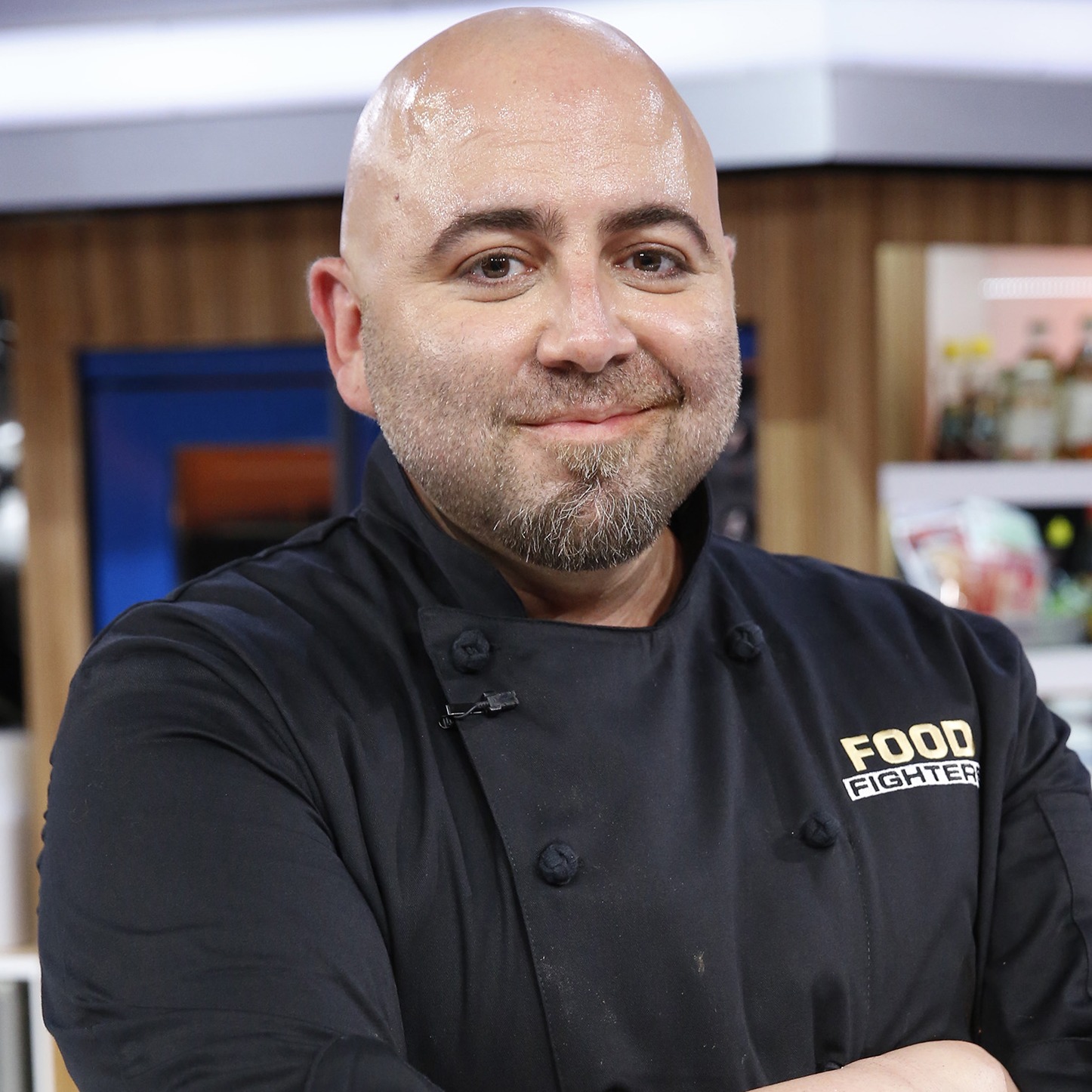 There may be fewer Food Network viewers who don’t recognize Ace of Cakes’ Duff Goldman. Cited as the King of Cakes, Goldman excels in straining imaginations into the pieces of pastry arts. His amazing creations are available at Charm City Cakes.

Jeffrey Adam Goldman was born on December 17, 1974, in Detroit, Michigan, the United States. He was brought up in a Jewish background in Missouri, where his family moved shortly after his birth. Duff is his nickname, which his toddler brother Willie used to say, failing to pronounce his original name. His grandmother was a pastry chef from England.

The celebrity chef’s parents divorced when he was ten, and after that, he lived in Northern Virginia and Sandwich, the oldest town on Cape Cod. He went to McLean High School in McLean, Virginia, in 1992 and later graduated from Sandwich High School in 1993.

Duff’s mom, whom he cites as an amazing cook, found him watching Chef Tell on television and swinging a meat cleaver in the kitchen at 4. Soon after, Duff realized his passion for cooking when he cut his pinkie while carving a pumpkin in 2nd grade.

The first job of Duff Goldman

Duff Goldman landed his first job at a bagel store at 14. Furthermore, he almost lost his job for making too big sandwiches.  After that, he went to Charleston, which he considers the finest restaurant in Baltimore. Though his resume wasn’t equivalent to the requirement for his job there, head Cindy Wolf offered him to make biscuits and cornbread only. Duff claims that it was the turning point on his way to catching his dream.

He had an early interest in music but chose a baking job to pay bills in his early years. He had once played bass guitar for an instrumental band named ‘…..soihadto….’ Duff says that his alternate job would be to be a bass player on Clutch. Moreover, he baked the wedding cake of Clutch’s frontman Neil Fallon.

Goldman joined  Corcoran College of Art shortly after graduating from the University of Maryland, Baltimore County. And later, he also attended Culinary Institute at Greystone in Napa Valley, California.

In 2000, Goldman returned to Baltimore to start his own business and founded Charm City Cakes. He had just two assistants for help initially. Still, when unusual cakes order increased, he hired more people, even those who didn’t have experience as a pastry chef but were experienced architects, painters, & sculptors instead.

Goldman has created strange cakes, including the likeliness of Elvis Presley in the form of a three-foot buttercream sculpture, a 3-dimensional German Shepherd, a Jeep, a replica of a CAT scan machine and Wrigley Field. He often uses power saws, drills, blowtorches, and belt sanders while making cakes.

At present, Charm City Cakes offers special-occasion cakes and is popular at the international level with its slogan We don’t make cakes – We make dreams come true. It is where one can see the imaginations excellently and extraordinarily strained in the pieces of pastry arts.

After 15 years of opening original Charm City Cakes, Goldman has opened a new retail shop on President Street in Harbor East. The retail space, which showcases brownies, cookies and Japanese candies alongside exclusive cakes, was inaugurated on April 21, 2017. He opened the branch of the famous bakery in Los Angeles in 2011.

Everything to know about Butter NYC’s Alex Guarnaschelli

Duff Goldman brought his unique baking style to a Food Network audience as host of a hit food show called Ace of Cakes. The popular cake decorating show, which initially came as a demo tape called You Let’s Bake, was aired for ten seasons from August 2006 to February 2011.

Goldman had a short-lived show called Sugar High in 2011. Besides, he traveled across American states stationing in Los Angeles, Dallas, New Orleans, Chicago, Boston and Philadelphia to learn unique recipes from the top dessert destinations.

Duff has appeared in several food shows. Moreover, he lost against Michael Symon in Iron Chef America season 8 and also won a competition on Food Network Challenge. His other TV appearances include The Tonight Show with Jay Leno, King of the Hill and Imagination Movers.

He received a Guinness Book of World Records on March 30, 2008, for baking the world’s largest cupcake, which weighed 61.4 pounds and was more than 1 foot tall. The cake is 150 times the size of regular cupcakes with 10 pounds of sugar, 16 pounds of butter and 3 ounces of food coloring.

Duff Goldman dated a woman named Sofia Rodriguez in the past, but now it seems like the couple has separated. Sofia used to work as a cake decorator at Charm City Cakes.

His secretive nature and his openly supporting LGBT rights have raised questions about his sexual orientation. But he has denied the rumors.