Drew Lachey and wife Lea Dellecave, married since 2000: Blessed with two adorable kids. Flourishing professionally, check out his net worth 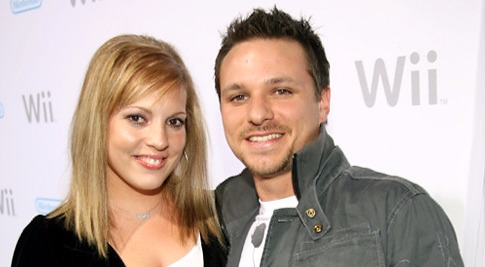 Drew Lachey, a member of the boy band 98 degrees, has two very adorable kids with wife, Lea Dellecave, after 16 years of married life. The Dancing with the Stars winner has accumulated a net worth of $6.5 million.

Drew and Lea were high school sweethearts. They attended the Clovernook Elementary School in Ohio. Lea was also the choreographer and dancer for 98 degrees- the pop and R&B boy band of 4 singers- including Nick Lachey, Drew’s brother. The couple got married on October 14, 2000.

Like any other marriage, Drew and Lea’s also faced a lot of ups and downs. Many times, Drew was rumored to have an extra-marital affair with dancer Cheryl Burke. Cheryl was Drew’s dancing partner in the second season of Dancing with the Stars.

Not only that, Cheryl was said to have been caught cheating on her boyfriend with Drew. However, Drew and Lea never stopped trusting each other and have remained together throughout the controversy.

In recent days, Drew and Lea carry out summer programs through “Lachey Arts”. They share an interest in inspiring and preparing younger ones to perform on-stage. These involvements have strengthened their relation more than ever before.

Getting some good family time at the happiest place on earth, @Disneyland. Life is always better thru a child’s eyes. pic.twitter.com/lX1argMN

An accomplished singer, TV host and actor, Drew is rising in his career and is accumulating huge net worth

After almost a decade, Drew is back on stage with a reunited 98 degrees. The regrouping took place in 2012. In August 2016, the boy band participated in “My 2k” throwback tour.

The #My2kTour was an absolute blast and it was all BECAUSE OF YOU ❤️ pic.twitter.com/C0gjkS3RSX

Drew is also climbing heights as an actor and a TV show host. He has appeared in half a dozen movies including the Comebacks (2007) and Guess Who’s Coming to Christmas (2013). Drew co-hosted the fifth season of Dancing with the Stars and the Miss USA pageant in 2006.

Drew also opened Lachey’s bar in Cincinnati in 2015 with his brother, Nick. Both Drew and Nick have enough net worth to make and sustain their investments in the sports bar.

#513Day continues tonight! The boys are back together. JonJon, Nick, & Drew are Live @LacheysBar starting at 6p! pic.twitter.com/2wXdJRIVCd

While the bar might not be making the expected money, names of these TV personalities at the bar door is certain to increase the popularity of the bar in the days to come. Drew even took bartending classes at the Cincinnati Bartending School! He is certainly very serious about the bar.

Adding to his successful career as a television personality, the bar is sure to increase Drew’s net worth. Drew Lachey and his wife will be celebrating their sixteenth wedding anniversary in 2016 and surely there are much more to come.