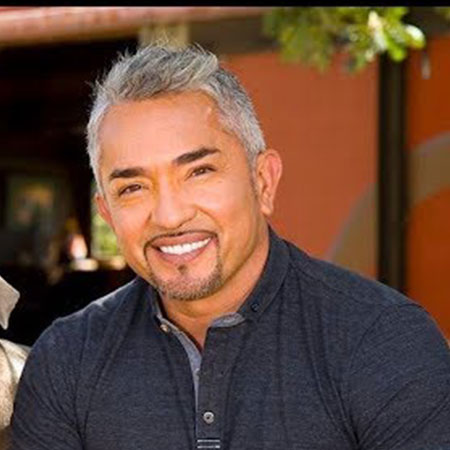 Cesar Millan is an animal behaviorist and trainer, who is famous for his ability to handle problematic dogs.

His reality TV series, Dog Whisperer with Cesar Millan, garnered audience not only in the US, but throughout the world.

So, how did the ambitious man, who entered the US without visa at 21, went to on be a global celebrity?

Here are 5 interesting facts about the dog whisperer

The dog boy from Mexico

Cesar’s special affinity with dogs isolated him among other town kids, who did not consider dogs as playful creatures.

He was bullied and abused for spending time with the street dogs, and was tagged as “dirty dog boy.”

Cesar, who entered the US illegally without visa at 21, slept under the freeway overpass and couldn’t understand English.

His first job in the US was at a dog grooming store. He also drove a limo to make his living, but faced challenges being unable to communicate.

After he realized his dog grooming skills, he founded his first business, Pacific Point Canine Academy, where one of his clients was Jada Pinkett-Smith.

Impressed by his methods, Jada helped him get English classes and also recommended his canine skills to other celebrities like Oprah.

He is involved with many philanthropic institutions, like Pups on Parole and the It Gets Better.

He is the founder of Cesar Millan PACK Project, which provides financial support for rescuing, rehabilitating and re-homing abused and abandoned animals.

Cesar may be the ultimate pack leader, but you may not believe how aware he is about his beauty treatments.

According to his wife, he puts on facial masks more than she does and he doesn’t talk to anyone when he is in “mask meditation.”