Dean McDermott: Enjoying life with wife Tori Spelling and children. How much is his net worth? 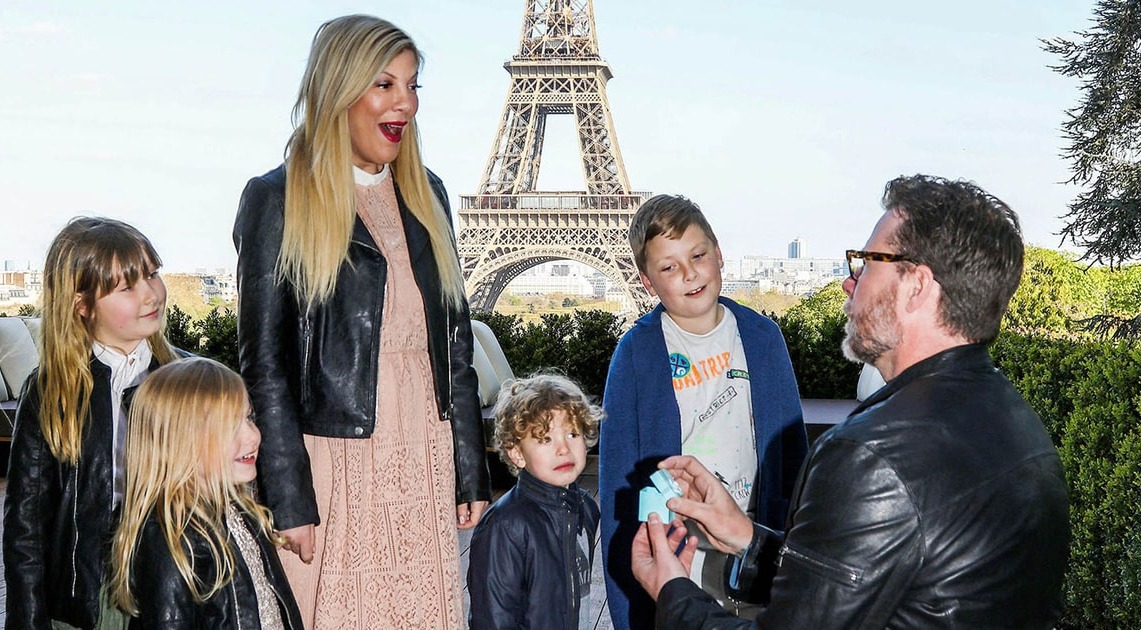 Dean McDermott and wife Tori Spelling have faced numerous ups and downs in their relation since marrying in 2006. The couple has survived the tough days in their relation. Now, proud parents of their four children, the couple is enjoying their family life with satisfying financial status.

Dean McDermott married his lady love Tori Spellings in May 2006, after McDermott proposed on Christmas Eve 2005. Dean who was previously married to Mary Jo Eustace was looking forward to shaking off his previous marriage disappointments after he wedded Tori. In the beginning phase of their marital life, the couple was living a fairytale life.

A year after their marriage, the couple welcomed their first child, son Liam on March 13, 2007. His arrival developed the bond in the family.

Soon, a year after the couple’s first child was born, they welcomed their second child, a daughter, this time. The baby girl Stella was born on June 9, 2008.

So excited to get the Gourmet Dad website rock'in and Roll'n again. Food, fitness, family, and fun!! Stay tuned!!

The arrival of their children completed the family. The duos were living a glorious and a happy life when a disaster struck. The news of McDermott cheating on his wife Tori shook the core of the family.

Their relation was in jeopardy, and divorce was on the card. But to everyone’s surprise, Tori chose to keep the relation rather than to letting go.

The McDermott UFC family. Thank you to @danawhiteufc and the Ferttitas for their generosity and kindness. Great family fun night!! God Bless.

In 2014, McDermott showed his support in keeping the family together by entering rehab in order to maintain a healthy relation with the mother of his four children. Both McDermott and Tori’s effort proved vital, as now the couples are happily together and are planning their 10th marriage anniversary in May.

A look into Dean McDermott’s career and his net worth

Dean McDermott, the Canadian-American actor has been in the showbiz industry for a long time now. In his career, he has proclaimed fame and popularity. Currently, he is best known as a reality TV star and a host of a cooking show.

In his impressive career which spans over a decade, he has accumulated a net worth of around 1.5 million dollars.

Hey west coast. Tori & Dean: Spring Picnic starts in 25 mins on @cookingchannel Strap in your taste buds. It's going to be a tasty ride!!

McDermott and wife Spellings came back from hell in terms of their relation. The news of McDermott cheating on Tori not only broke Tori’s heart but it nearly broke the family too. Now, the Deam McDermott, along with his wife and their 4 adorable children, is enjoying the best part of the marriage, post that divorce scare in 2014.