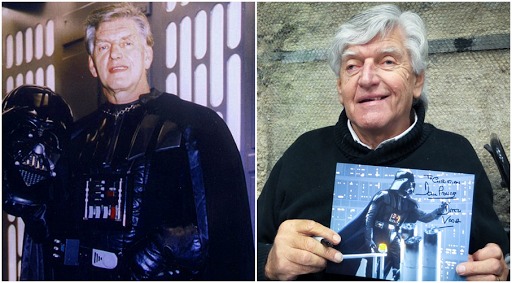 David Prowse portrayed Darth Vader in the original trilogy. He only served as the physical form of Darth Vader; the character was voiced by James Earl Jones. George Lucas deemed Prowse’s West Country accent unsuitable for the dark character. Because of his un-itimidating accent, actress Carrie Fisher nicknamed him “Darth Farmer.”

Prior to his popularity as Darth Vader, Prowse was known all over Britain as the first  Green Cross Code man. As only his physical form was used in Star Wars, Prowse is one of the least known actors of the franchise. His face was planned to be revealed in Return of the Jedi, but later actor Sebastian Shaw took over.

In 2015, Prowse appeared in a Spanish documentary I Am Your Father.