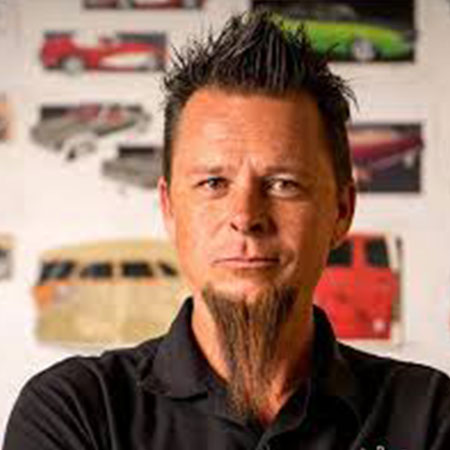 Famous car customizer, Dave Kindig has been married to Charity Kindig since July 11, 1992.

Charity and Dave have the love and passion for the hot rods in common.

She currently serves as the Vice President at Dave’s Kindig-It, a hot rods restoration shop, the couple founded in 1999.

They have a daughter, Baylee Kindig who is also involved in the Kindig-It company as an apparel, website & shipping girl.

Dave’s enthusiasm for cars has been perfectly showcased in his show, Bitchin’ Rides which debuted in 2014.

The show which features his company is currently running in its fourth season.

Dave along with his Kindig-It team redesigns some selected cars.

The transformation they bring has been worth watching & has helped the show with good ratings.

Dave and his team also appeared in ‘Beyond Bitchin’ Rides’ from August 2015 to October 2016.

Dave’s family has been acting backbone to his business as they are very supportive of each other.

With all the incomes from his merch, foundry & show, he must have racked up millions of net worth.

Kindig, who seems to be in his mid-forties, celebrates his birthday on 7th February.