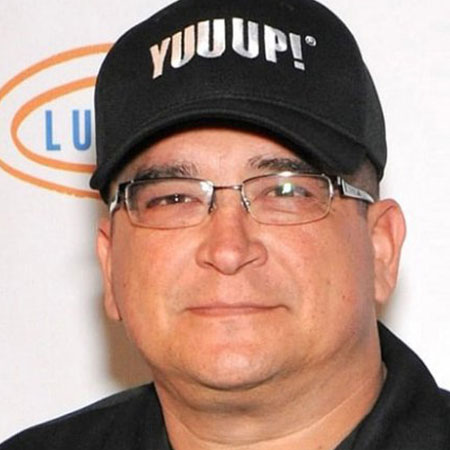 Dave grew up around collectibles and antiques as his military and train collector father used to buy and sell valuables at auctions.

At the very tender age of 5, he started accompanying his father to auctions and garage sales and had no interest in studies.

At 14, he began buying machinery and tools from auctions and selling those items to military-base shops in Orange County.

He attended his first storage auction in 1986 and worked as a bid-catcher in the 1990s.

His signature catch phrase ‘YUUUP!’ dates back to those days when he would shout out the word to spot bidders in a crowd.

Then he realized the potential in the storage unit business, and he sold his hoarder father’s train collection to fund his business.

One of his most valuable finds was a painting by California impressionist Jack Wilkinson Smith named ‘The Golden Pool,’ which he purchased for $750 and sold out for $155,000.

He joined Storage Wars as one of the leading casts in 2010 after the show’s auctioneer Dan Dotson told producers about him.

His both shops were closed in June 2011, and he has since operated an auction house called Dave Hester Auctions.

Known for his competitive and outrageous personality, Dave has been involved in many disputes during his stint on Storage Wars.

Feud with his own brother earned high publicity when his brother appeared in an episode of the show and placed a bid against him.

He was fired from the show in Dec. 2012, and then, he sued A&E and Original Productions claiming that he was fired for complaining about their practice of planting valuable products in the lockers.

However, the lawsuit was rejected, and the case was settled outside the court.

He returned to the show later but has been making headlines time-to-time, including his fistfights with co-stars Dan and Laura Dotson in 2015.

He is a father of a son named Dave Hester Jr., who helps him with the online aspects of his business.

He has a dream to own a motor-home so that he can move throughout the towns as a gypsy auctioneer, attending at least one auction a day.

SEO Description-  A reality TV personality Dave Hester from the show Storage Wars has a dream to own a motor-home so he can move move all over the towns.