Skip to content
Home » Entertainment » What Happened to Danny Masterson?

What Happened to Danny Masterson? 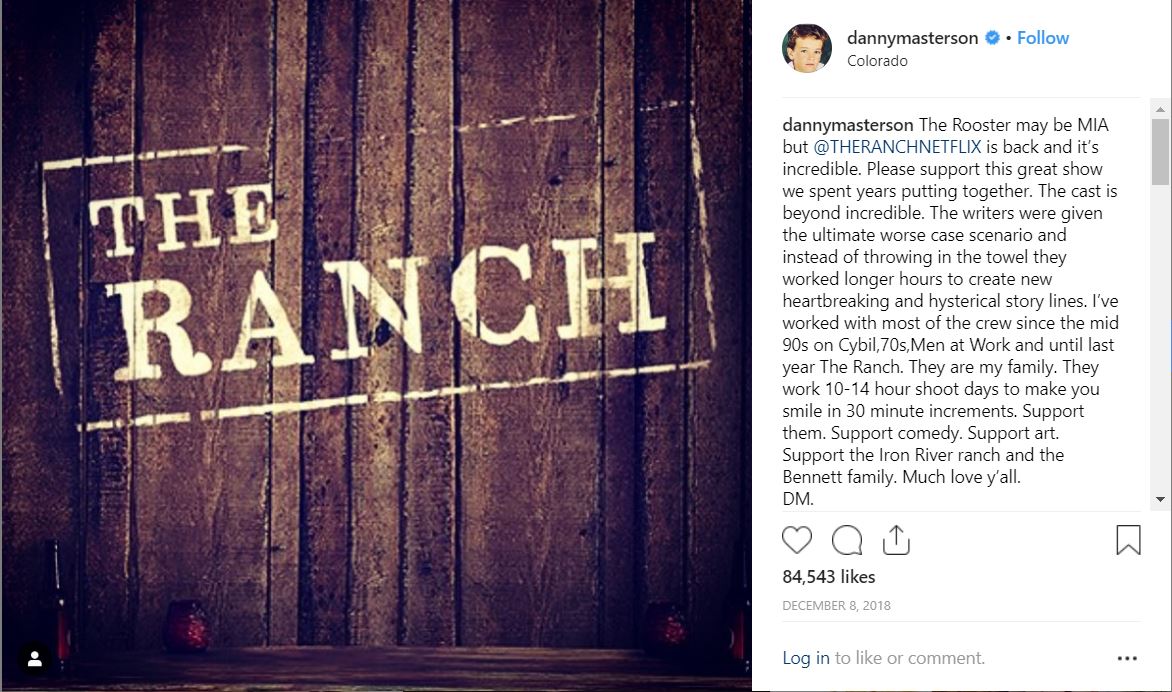 Danny Masterson reunited with him That ‘70s Show co-star Ashton Kutcher for Netflix’s original series, The Ranch, in 2016. More recently, Danny stars in the film In Limbo.

Masterson starred as one of the main characters, Jameson “Rooster” Bennett. Moreover, he also worked as the executive producer of the show. However, in Dec 2017, The Ranch show fired Danny for multiple rape allegations.

What Happened to Danny Masterson?

Danny Masterson was ousted from The Ranch show. And his longtime talent agency, United Talent Agency, also cut ties with him in the wake of multiple rape accusations. After four women accused him of raping them in the early 2000s, the Los Angeles Police Department opened an investigation in late 2016.

After the allegations surfaced, the sexual assault allegation provided his character closure. Rooster decides to leave town after a con artist, his waitress ex-girlfriend’s boyfriend, threatened him.

After Rooster packed his bag and headed towards the Colorado mountains, he found his motorcycle destroyed at the bottom of a cliff. And viewers believed he died. After Rooster’s character received closure, Masterson wrote a heartfelt message on Instagram.

Danny denied the allegations and showed his disappointment in the streamer’s decision at his ousting. One of the accusers filed a report in 2004. But the case didn’t move forward after the Church of Scientology intervened. Moreover, the church submitted 50 affidavits from Scientologists.

In Scientology, reporting another Scientologist to a law enforcement agency is called a “suppressive act” that can lead to expulsion from the organization. The Church of Scientology is notorious for attacking accusers rather than disapproving the accusations. Reports have it. At least three of Masterson’s five accusers are Scientologists and reported the incidents to the church at the time.

A long-awaited episode of A&E’s Leah Remini: Scientology and the Aftermath covering up his allegations has been delayed in the wake of fraudulent campaigns against the charges. Leah Remini, a Scientology critic, theorized that the Scientology church is working behind the scenes to convince the LAPD to drop the allegations.

Masterson has had a long and successful acting career. He starred in That ‘70s Show for eight seasons. A self-proclaimed rock and hip hop fanatic, Masterson has been DJing as a hobby since the 90s. He has accumulated a net worth of approximately $16 million from his successful career as an actor.

Danny began dating Bijou Phillips in 2005, and the couple engaged in 2009. They tied the knot in 2011. Besides, Danny and Phillips exchanged their vows in an intimate ceremony.

And Masterson and his wife welcomed a daughter Fianna Francis Masterson in 2014. Through thick and thin, Danny and his spouse believed in each other. And as such, no news of divorce between Masterson and Phillips has come to the surface.