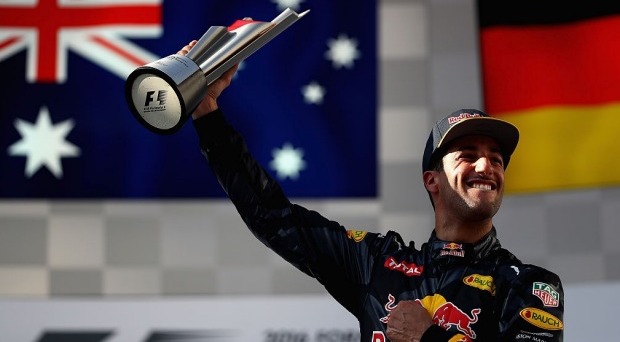 Australian racer Daniel Ricciardo recorded his first victory after more than two years and only a few people tipped him to do so after his early season misfortunes. His win marked first for Red Bull, for whom he races, after four years. They previously concurred the race course back in 2013 in Brazil.

The result, however, doesn’t go hand in hand with the entire story. The race prior to reaching its climax was dominated, as always, by the mercurial Lewis Hamilton and Nico Rosberg of Mercedes.

The early signs of the race promised a lot for the former world champion Hamilton and Daniel looked never in contention to win it. Hamilton, without a doubt, was the favorite to win this race after he dominated the race in the previous week.

Hamilton’s den, Mercedes, were in line to win the Constructor’s Championship and to win that, they had to win in Malaysia. The race started well for them as Hamilton, making the most of his pole victory the other day, led the race followed by fellow Mercedes racer Nico Rosberg. Seeing their two start man occupying the 1st and 2nd position, the party was on for the Mercedes den.

The Mercedes camps were preparing for their grand celebration when the disaster arrived. Rosberg, who was driving in the 2nd position, collided with Sebastian Vettel. The collision saw 20 other racers take over him leaving Rosberg in the 21st place. Fortunately, no serious damage occurred as Rosberg continued to chase the leader.

But a big blow to their ambitions and for the driver, Lewis Hamilton came when his car denied him the opportunity to claim the champions in the 41st lap. Flames started to come out from his car and he had to pull over and see his long-standing rival, who he has successfully dominated in various areas for 20 years, Daniel take the center stage.

Speaking after the race, frustrated Hamilton expressed his anger saying, “Someone needs to give me some answers because this is not acceptable. We are fighting for the championship and only my engines are failing. It does not sit right with me.”

It might have been a painful outing for Lewis Hamilton and for Mercedes, but it was one to remember for Daniel Ricciardo and Red Bull. He came from behind to proclaim his first major honor in years.