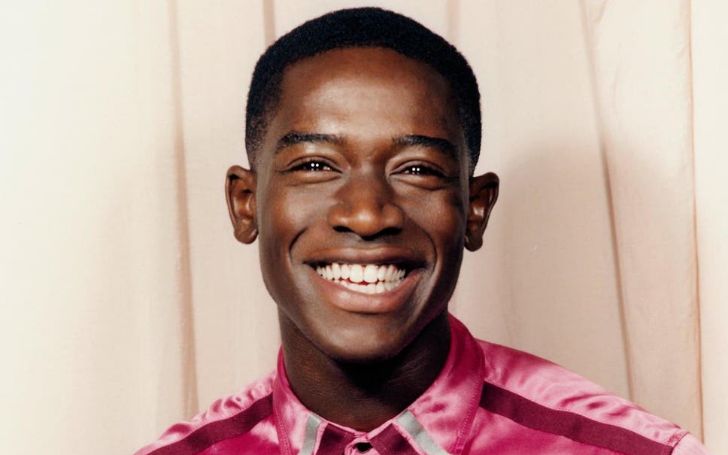 30 years old Damson Idris is a Nigerian-British actor and producer who recently starred in Netflix’s science fiction film Outside the Wire as the main character.

He was born in  Peckham, South-East London on September 2, 1991, who belongs to a Nigerian family. He was raised by his mother in a single-parent home. His parents arrived in the UK in search of a better life.

When he was small, he always gave his time to sports but in the end, he changed the track and joins the Identity School of Acting. Therefore, he buildup his career in acting.

Idris graduated with a BA Honours in Theatre, Film, and Television Studies. And he debuted on the stage of UK in 2012. Idris made his television debut as a commuter in the British sitcom including Miranda (2013), Doctors (2015) and Casualty (2015), Snowfall (2017), The Twilight Zone and Black Mirror (2019).

He debuted in the film career with the British thriller movie City of Tiny Lights in 2016. And He played his most challenging role in autobiographical Farming in 2018.

Damson Idris is known for his television show in the hit FX Crime series Snowfall in 2017. And he won the Emerging Talent Award at the 12th Screen Nation Film and Television Awards in 2017. He played the co-lead in Netflix’s sci-fi action film Outside the Wire (2021).

Idris was raised by his mother Philippa. He has three brothers and two sisters and among them, he is the youngest one. He spent his teenage years preparing for a sports career. And he was good footballer and aims to be like Cristiano Ronaldo.

Idris prefers to keep his personal life private, no details about his dating life are available. Though Damson Idris and Ontana Brown, were spotted on the beach in Cannes, according to thesun.co.uk.