Skip to content
Home » Entertainment » What is Culture Club frontman Boy George’s net worth in 2018?

What is Culture Club frontman Boy George’s net worth in 2018? 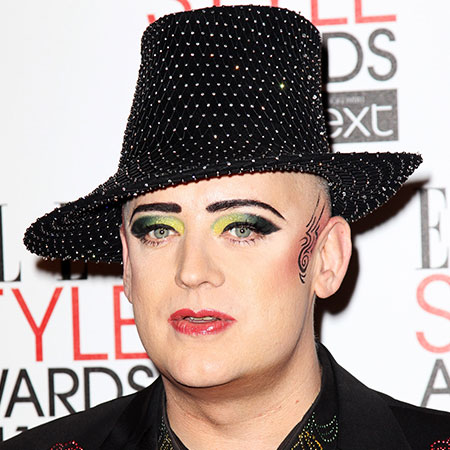 The frontman of the 80s pop band, Culture Club, he is best known for his androgynous and flamboyant persona.

He was born George Alan O’Dowd, in Eltham, London, to parents Gerry and Dinah O’Dowd, and has four brothers and a sister.

He drew his musical inspirations from the 70s pop and rock artists such as David Bowie, T. Rex, Roxy Music and Patti Smith.

His androgynous fashion caught the attention of Malcolm McLaren, the former manager of the punk rock band, Sex Pistols.

McLaren arranged for him to perform with Bow Wow Wow, but he left the group after his conflict with lead singer, Annabella.

From 1982 to 1984, they released 3 consecutive platinum albums, Kissing to Be Clever, Colour by Numbers and Waking Up with the House on Fire.

The albums spawned hit songs such as ‘Do You Really Want to Hurt Me,’ ‘Time (Clock of the Heart)’ and ‘Karma Chameleon.’

However, by late 1985, George developed an addiction to heroin and even got arrested for the possession of cannabis.

Consequently, after their U.S. tour got canceled in 1986, the band dismantled and George pursued his solo career.

The band reunited in several occasions throughout the late 90s and the 2000s and recently in 2014.

And in 2018, Culture Club announced the ‘Life Tour’ where they will be touring different cities of the U.K. and the U.S.

Apart from singing, he is also a renowned DJ, performing regularly at post catwalk shows for designers like Versace and Philip Treacy.

George has also published two autobiographies about his life: Take It Like a Man (1995) and Straight (2005).

In his 1995 book, he stated that he dated punk rock singer, Kirk Brandon and Culture Club drummer, Jon Moss.

In January 2016, Boy George replaced Tom Jones as a mentor on ‘The Voice UK’ but left after one season.

In recent years, he has been focusing his energy on songwriting, DJing, writing books, fashion designing, and photography.

Currently, George is appearing in ‘The Voice Australia’ season 7 as a judge alongside Kelly Rowland, Delta Goodrem and Joe Jonas.

Through the almost four-decade career in the music industry, he has banked a lucrative net worth of approximately $35 million.