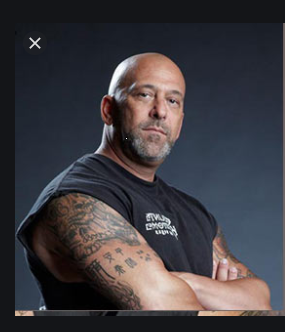 Being the oldest employee of the shop, Count’s Kustoms, he earned the nickname “Grandpa.”

He, along with his son, Harry Junior, appeared on the show, Counting Cars, which revolves around the daily activities at the restoration shop.

“I can do twice the work they do,” Grandpa said regarding his age and work at the shop.

Harry Junior is also an auto body technician, who worked under Danny Koker at Count’s Kustoms from April 2011 to October 2014.

Originally from Marrero, Louisiana, he is currently residing in Las Vegas, Nevada.

After dating for about six years, he got engaged with Sara Pace in 2009, and the couple tied the knot in 2012 and welcomed two daughters.

However, now, it seems like they have separated as his relationship status is updated single on Facebook.