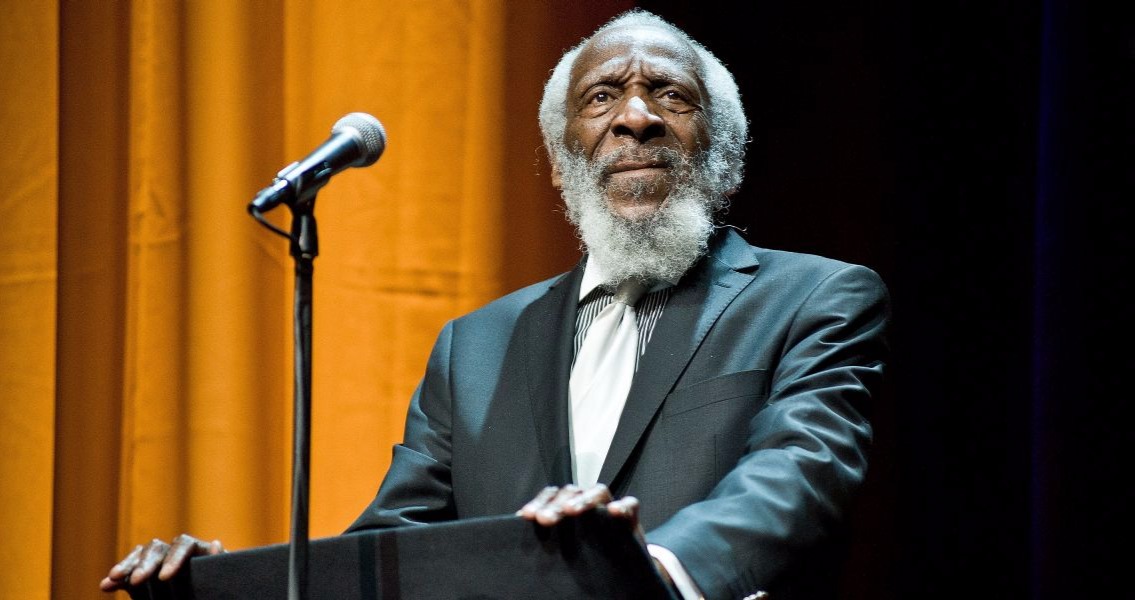 Famed stand-up comedian and civil rights activist Dick Gregory has died. He had been hospitalized earlier this month from an undisclosed medical condition. His passing away was announced on his official Instagram account. He was 84.

Gregory’s son, Christian Gregory made a statement in the caption of the Instagram post on behalf of the Gregory family. 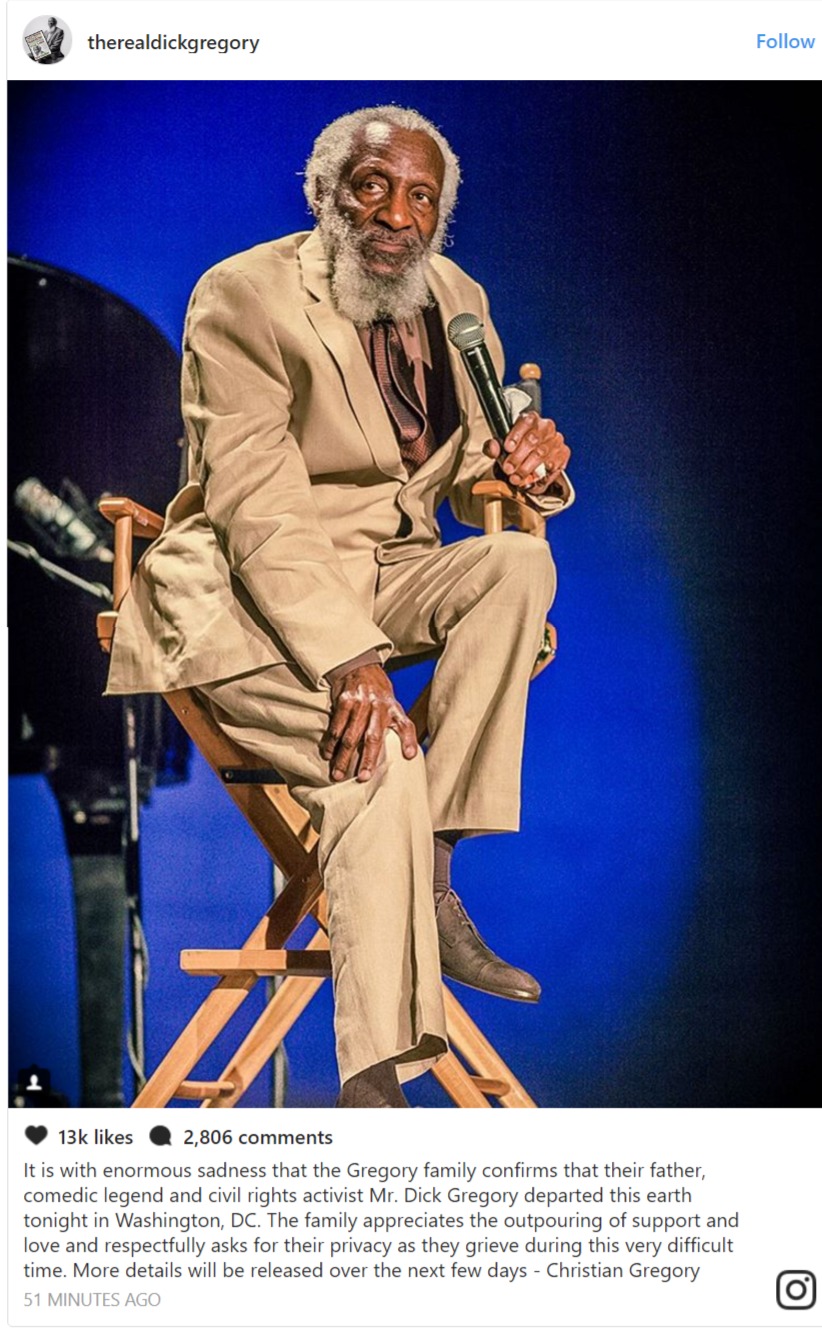 “It is with enormous sadness that the Gregory family confirms that their father, comedic legend and civil rights activist Mr. Dick Gregory departed this earth tonight in Washington, DC,” wrote Christian.

He also thanked fans for their “outpouring of support and love” and revealed that more details will be announced over the next few days. Gregory is survived by his wife, Lillian, whom he married in 1959, and 11 children.

A look back at Dick Gregory’s inspiring career

Gregory began stand-up comedy after serving in the military in the 1950s. He got his start n Chicago where he joined the list of up and coming black comedians such as Bill Cosby, Godfrey Cambridge and Nipsey Russell.

Gregory made a breakthrough in 1961 when he booked a one-night show at the Playboy Club in downtown Chicago. His spectacular performance kept him at the club for the next three years and in 1962 he was invited on to The Tonight Show.

A year and a half after this high profile appearance, Gregory’s net worth had reached $3.9 million. Using his newfound fame, he later became an influential figure in the civil right movement.