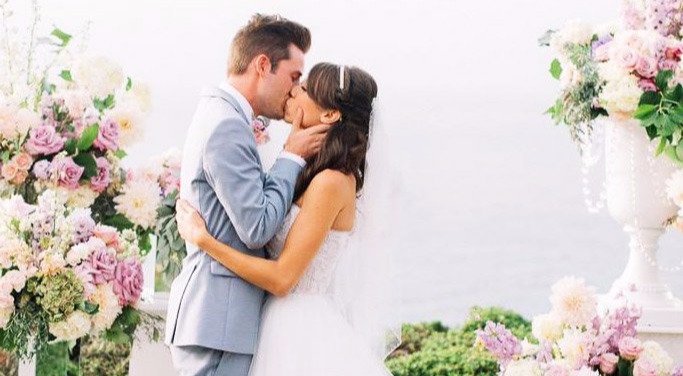 7 Years!! That’s how long Colleen Ballinger had a relationship with her boyfriend turned husband, Joshua Evans. This internet sensation had a long relationship, but her marriage couldn’t take the same road lasting just over a year. What happened? Who is responsible for this bitter ending? Stay with us while we take a trip down the memory lane of this relationship.

7 years ago, Evans’s image in Ballinger’s life was that of a stalker. In an interview, she admitted that she was worried that he was a stalker who knew everything about her, leaving her and her family terrified. But it seems she didn’t mind after all as they began a relationship.

The couple got engaged on 5 April 2014 when her boyfriend Josh proposed on his birthday. Amongst fan anticipations, they got married almost a year after on 2 July 2015, in a perfect outdoor wedding. The news of their marriage came as a surprise as their wedding photographer spilled the beans about their marriage, who said,

Colleen Ballinger is now pregnant with her baby no.1 and is engaged to her boyfriend, Erik Stocklin.

“Yesterday, I had the honor of capturing the surprise wedding of YouTube stars @colleenb123 and @joshuadtown. It was perfect in every way.”

Colleen and Joshua got married on 2nd July 2015

He was also the one to confirm that Colleen will be taking her husband’s family name. “Hey everyone, I like to introduce to you my best friend, Colleen Evans.”

What went so wrong in their marriage?

Things didn’t quite work out for Miranda Sings actress Colleen after the marriage. The details are quite hazy about their ups and downs since she never liked to document their worse moments on camera or share them with the fans. She even posted this picture on Twitter to silence the divorce rumors back in May 2016.

Was this a desperate attempt to cover up her failing marriage? If it was, it had definitely worked since their fans blew away the idea that they are getting a divorce. So, the fans were definitely shocked when their marriage came to an abrupt end.

It is still unclear what or who was the culprit of this sad episode in her life. However, we get to hear both of their views in separate videos they made about their divorce.

Ballinger Talked About Her Divorce on a YouTube Video

Colleen also shared a video to tell about her feelings regarding Joshua and the divorce. In the emotional video, she said, “I want to start off by saying Joshua is a wonderful man and I am so in love with him. This has nothing to do with ‘He’s a bad person’ or ‘He did something horrible to me’ or anything like that. He’s a good person and I love him,” she says through tears in the video. “We have always had a very rocky relationship since the beginning. We’ve always butted heads. We’ve always fought, ever since we met really. It’s never been a perfect relationship.”

Colleen Ballinger is all set to welcome baby no. 1 with her fiancé, Erik Stocklin

What are Colleen Ballinger and Joshua Evans doing now?

Famous for her character Miranda Sings (which Josh didn’t like much by the way), Colleen seems to be doing great in life. She is currently busy filming for Netflix original series, Haters Back Off, premiering on 14 October 2017. She is also busy making videos for her YouTube channels PsychoSoprano and Colleen Vlogs.

Joshua, on the other hand, has now returned to making videos for his YouTube channel after taking a break.

Both Colleen and Joshua are busy focusing on their career and, probably, both of them are single at the recent time.