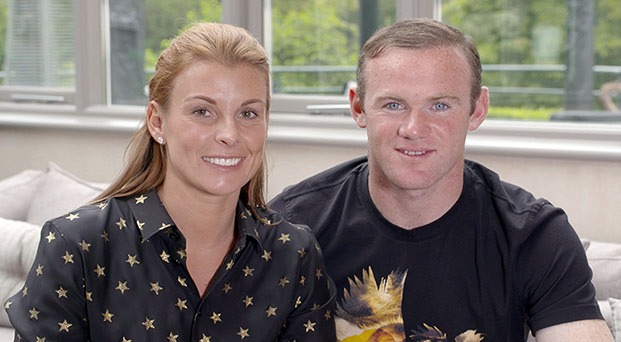 Coleen Rooney got married in 2008. She met her now husband, Wayne Rooney, while they were at secondary school, at the age of twelve. They are parents to three adorable children.

As we know Coleen Rooney is a British television presenter, columnist, who is well-recognized as the wife of Manchester United captain, Wayne Rooney. The eight years of successful marriage and three adorable kids is the evidence of her being a great family person.

Very few people make the right decision & happiness by marrying their soul mate. Among which are Coleen and Wayne Rooney. Television personality Coleen, 30, and professional footballer, Wayne have been in a relationship since they were sixteen & married since the year 2008.

Back in 2002, Coleen encountered her future husband, Wayne, in the Liverpool area of Croxteth, at the age of twelve. And at the age of sixteen, they began dating & are often termed as teenage lovers.

Happy New Year everyone! Wishing you all love, laughter and happiness in 2016! ‍‍‍

The wedding of Coleen and Wayne took place in gorgeous Italy on 12th June 2008, & the tale of beautiful marriage began that day, during which Wayne even admitted to cheating her with soliciting prostitutes.

Talking about the kids, the husband and wife are gracefully blessed with three boys. Their first son, Kai Wayne Rooney was born just a year later in November 2009. Next, in May 2013, together they welcomed their son, Klay Anthony Rooney.

Meanwhile, their two sons are mostly seen playing, cuddling with their baby brother, Kit Joseph Rooney (born in January 2016) on most of the sweet snaps shared by Coleen Rooney on her social media accounts.

Let’s relive the wedding of Coleen and Wayne through this video.

Shocking as it sounds: Yes, Wayne cheated Coleen with sex-worker during her pregnancy

The incident was known to have taken place back in June 2009, when Wayne’s wife was pregnant with their first child. In his defense, Wayne said, “I was young and stupid”.

Despite the immense popularity and enviable lifestyle, being the wife of a footballer who is mostly away from the home, has its own downside. However, Coleen and Wayne survived the controversy with mutual understanding and love.

Things seemed to have settled down as the loving couple was seen enjoying a vacation in a photograph that Coleen shared on her Instagram on May 29, 2015.

The couple, Coleen and Wayne who first met when they were just 12 & started dating four years later, have a fairy tale wedding and has been blessed with three children. Married since 2008, Coleen is happily enjoying her days with lovely husband and three kids in Prestbury, Cheshire.