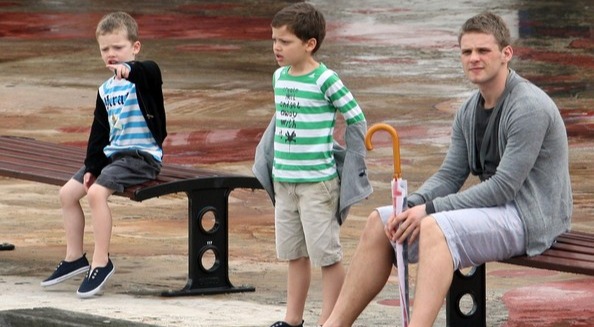 Jeff Brazier hasn’t married yet. The talented television personality has two sons from his relationship with his late girlfriend, Jade Goody.

Jeff was in a relationship with reality star Jade Goody from 2002 until 2004. Goody passed away in 2009 from cervical cancer. Since the death of Jade Goody, he has been taking care of their two sons. The prolific presenter has had multiple girlfriends but none of them became his wife.

The prolific television presenter and former reality star has had multiple girlfriends but none of them became his wife.

Jade Goody had two sons, Bobby Jack Brazier, and, Freddie Brazier, with Jeff. Jade passed away on 22 March 2009 after a seven-month battle with cervical cancer.

Since then, Jeff has been raising their sons as a single father. He never got married but was involved in many affairs.

In 2011, Brazier dated former glamor model, Nicola Tappenden but the couple broke up in 2013 after 15 months long relationship. They were reported to have issues in their relationship but were determined to make things out.

Unfortunately, they couldn’t. Nicola also has a daughter from her previous relationship. Sources say that the boys were not finding it easy to accept their new mom. Tappenden moved out of Brazier’s home eventually.

Now it seems like 36-year-old Jeff is finally going to tie the knot. The new girl in his life is Kate Dwyer. He met her on the trip to Mauritius where she organized his show, This Morning.

They’ve been in a relationship for two years and now the couple is reportedly planning their wedding.

The 26-year-old Kate Dwyer seems to be appreciated by the two boys. They wrote a letter to Jeff pleading them to get married. The couple is first planning to move in together, then get engaged, and then marry.

Seems like Jeff Brazier has found his perfect one in girlfriend Kate Dwyer. Kate is his soon to be wife. It will be his first marriage since he had his two kids with Jade Goody out of wedlock.