Actor Ciaran Hinds has a perfect balance between his professional & personal life. 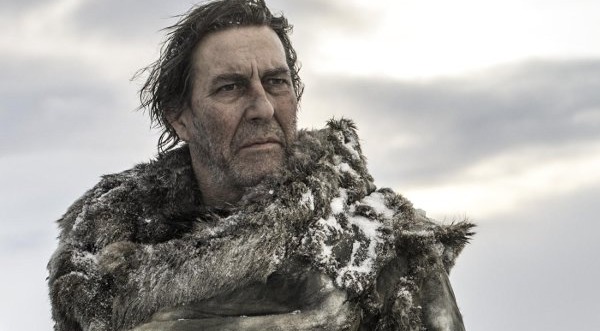 Irish artist Ciaran Hinds is one of those actors who didn’t look back after he made his acting debut in the 70s in the theater. His outstanding success in his professional career has been matched by his blissful family life. Enjoying a romantic life with partner Helene Patarot, accompanied by daughter Aoife, the actor is living in seventh heaven.

The actor’s versatility and his acting skills have landed him various hit series which includes The Memories of Sherlock Holmes, the Affair, Tales from the Crypt and the Mayor of Caster Bridge. Recently, the Irish actor was also involved in the hit series Game of Thornes.

On 9th February 1953, an Irish couple Gerry Hinds and Moya Hinds gave the world an acting sensation when they gave birth to their son Ciaran Hinds. The Game of Thornes actor is the only son in the family and has four sisters – Geraldine Hinds, Caitriona Hinds, Bronagh Hinds and Moya Hinds.

The duo has been together for almost three decades without going through any rumors of conflicts in their relationship. Helene Patarot, who is also an actress by profession, and Ciaran came close while working together in The Mahabharata. Since then, the duo has stayed like a shadow to each other.

But, for all their romance and the times they spent together, the so in love couple is yet to tie the knot. However, they are already parents to their 24 years old daughter Aoife and are seemingly likely to tie the knots in the days ahead.

With a successfully ongoing acting career on one hand and an equally blissful love life on the other, the actor must be in the seventh heaven.

Ciaran Hinds, who was lately associated with the TV series Game of Thornes, seems to have bagged a new role for himself. For months, we have been acknowledged that Steppenwolf will be the villain of Justice League but it was not clear who would portray the role. Well, now it is believed that Ciaran would be seen portraying the role of the villain in the forthcoming Justice League.

Several key characters of Justice League started filming for their roles even before the movies pre-production as several characters were in demands for Man of Steel and Batman V Superman: Dawn of Justice. One face that was lacking in the early filming stage was of Steppenwolf, which now seems to have been found.

The movie will be directed by the Dawn of Justice Director Zack Snyder, and the movie is due to release on the 17th of November next year.