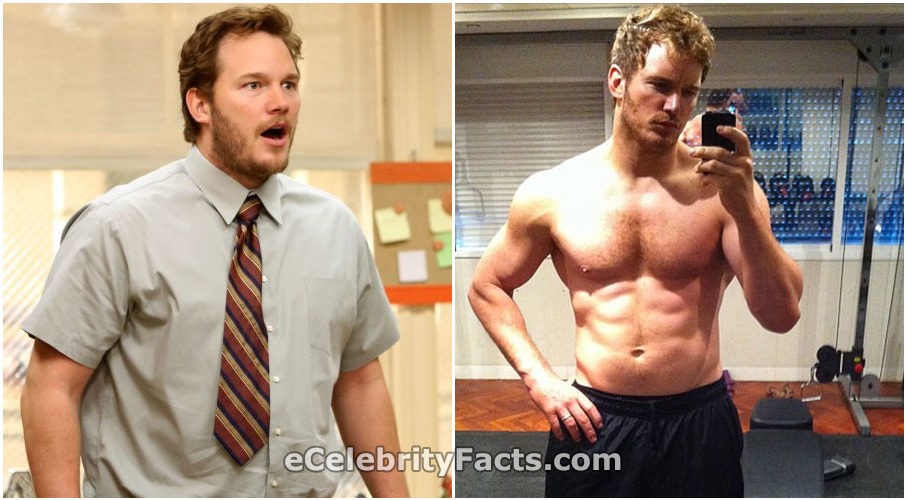 Chris Pratt unveiled his jaw-dropping transformation for the film Guardian of the Galaxy in 2014.

The 38-year-old actor is fitter and full of energy than ever and the actor admits that his change in physique improved his life.

Reportedly, he was around 600 pounds while he auditioned for the role of Star Lord in the Marvel movie. To achieve a weight of 200 pounds in his body frame of 6-ft-2, Pratt followed a low-carb, Paleo-style diet with CrossFit workouts and triathlon training.

He lost 60 pounds in half a year and currently, he is all muscular and well-toned. “Three or four hours a day of just consistent, ass-kicking hard work” is how Pratt achieved this feat.