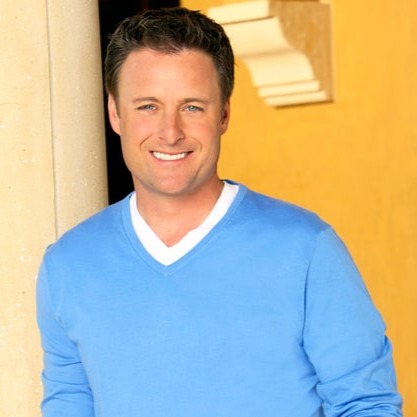 Chris Harrison, the TV host of dating game show The Bachelor and The Bachelorette, ended 18-year-long marriage life with wife Gwen Harrison in divorce in December 2012. He is currently looking for new love as his separation with wife Gwen has passed four years.

Previously, in 2013, he was spotted with his new girlfriend, Kelly Sarac. Famous host, Chris Harrison is currently earning handsome salary amount of $8 million and has amassed a total net worth amount of $16 million.

Chris Harrison never dated any of female contestants of The Bachelor

Chris met Gwen the first time while studying at the Oklahoma City University. It was revealed that both started dating during university days and made their decision to exchange the wedding vows after knowing each other for nearly two years. Eventually, the couple married on 20th November 1993.

From getting into conjugal connection with Gwen, he has been blessed with 2 sons named as Joshua and Taylor.

When I’m in paradise this is my ivory tower and these are my mimosas! #Family #bachelorinparadise Didn’t all these kids used to be babies?

After spending over a decade together, the couple finally got separated. Last Year, he talked about his divorce with ex-wife Gwen on The Meredith Vieira Show.

A few years back, before separation, in February2010, Chris was accused of being cheated by one of the fired contestants named Rozlyn Papa.

However, he didn’t take the accusation seriously and blew it off by calling it as a cheap shot. He even added he wouldn’t be speaking about Rozlyn any longer.

Soon after separation with ex-wife, Chris said that he is looking for new love. According to Life and Style magazine, he was dating a new girl named Kelly Sarac in 2013.

Kelly was the first woman with whom he was spotted after splitting with wife Gwen. She has also gone through a divorce and has three children from her previous married life.

Chris seems to have become Bachelor again since his love story with his new love Kelly vanished as quickly it was formed.

The famous host of the show The Bachelor, Chris is currently searching for a new love. Although he has hosted the dating game show for long years, he never dated any of the female contestants.

Besides hosting The Bachelor and its spin-off show The Bachelorette, Harrison has also hosted a popular game show Who Wants to Be a Millionaire?

Our long national nightmare is almost over. #Thebachelorette premieres next Monday night! Get your brackets filled out and fantasy drafts done

Harrison is additionally famous as a host of Miss America.

Hosts are in the house! #MissAmerica @sagesteele Who will wear the crown?

Presently, Chris Harrison is earning a handsome salary of $8 million which has helped him in accumulating a net worth of $16 million.

It has been four years since Harrison’s 18-year-long marriage life with ex-wife Gwen ended and he has yet not found a new partner. Even Chris’s long time work experience as host of the popular dating game show The Bachelor has not helped him to find his true love yet.

Hope, Chris Harrison will meet his true love soon and settle down in his life again.