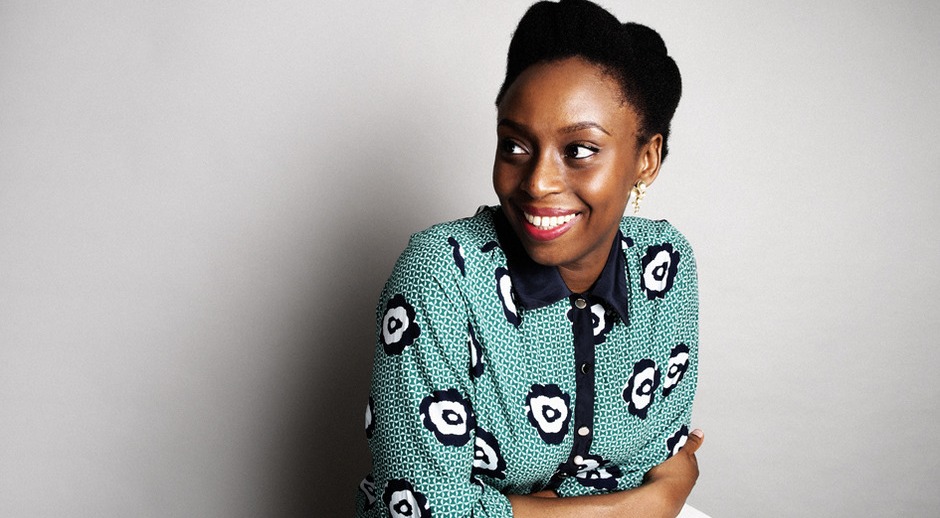 Chimamanda Ngozi Adichie is a Nigerian national who is popular for her novels and her non-fiction writings. The MacArthur Genius Grant award-winning writer Adichie is one of those prominent writers who has successfully attracted the new generation of readers to pursue their interest in African Literature.

Chimamanda Ngozi Adichie was born as the fifth of the six children to the Igbo family in South-western Nigeria. She was born to father James Nwoye and mother Grace Ifeoma on September 15, 1977, in Enugu Nigeria.

She studied pharmacy and medicine for a year and a half at the University of Nigeria. While in her time at the university, she edited a column in the college magazine titled The Compass.

Aged 19, the writer shifted to the United States to study political science and communications. She earned her bachelor’s degree from Eastern Connecticut State University in 2001.

She later earned her master’s degree in creative writing from Johns Hopkins University in 2003 and in 2008 she collected Masters of Arts degree in African Studies from Yale University.

Her writing career kick-started with her debut poem

Adichie’s writing career began before she thought of pursuing writing as a career.

In 1997 and 1998 she published a collection of poems; Delicious and for Love of Biafra. Likewise, in 2002, her creative writing, a short story titled You in America was short-listed for the Caine Prize.

The year 2003 marked the beginning of the writer’s professional career where her story “The Harmattan Morning” was voted as the joint winner of the BBC short story awards.

Her novels truly defines her as a feminist

Adichie made her debut as a novelist in 2003 when she published the novel titled Purple Hibiscus. Her first novel was critically acclaimed and was shortlisted for the Orange Prize for Fiction. It was also recognized with Commonwealth Writer’s Prize for best first book.

Till the time she published her second novel, she had already introduced herself as a prominent novelist. Her second novel “Half of a Yellow Sun (2006)”, dedicated to the flag of short-lived nation Biafra went on to win the Orange Prize for Fiction.

Adichie is a true believer of feminism. Speaking about feminism, she said, “ I think of myself as a storyteller, but I would not mind at all if someone were to think of me as a feminist writer. I’m very feminist in the way I look at the world, and that worldview must somehow be part of my work.”

Despite the fame she has accumulated, her personal life remains in dark

The novelist, despite proclaiming fame with her novels, has successfully been able to keep her personal life under the shadows.

The novelist is married but the information about her marital life is rare. The only information available in relation to her marriage is that she is married to a US bases medical doctor Ivara Esege. Speaking about him, the novelist says that he is a Nigerian, British, and America.

In an interview, the novelist stated that she would like to be addressed Miss despite being married. It is believed that the couple has experienced parenthood but they have not disclosed any information about it.

Adichie is speculated to have earned a huge net worth

In her illustrious career, the novelist has proclaimed many honors and appreciations. Her writing skill has helped the new generation of readers to take a deeper look into the African literature.

Now, decades after she began her career, she can look back with pride. Besides that she also seem to have accumulated a net worth in million but the exact details about her net worth has not been mentioned.