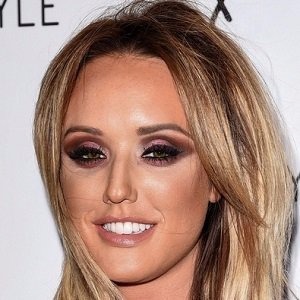 Charlotte-Letitia Crosby, or just Charlotte Crosby, is a reality television star who rose to fame after an exclusive appearance in the English television series Geordie Shore.

Charlotte was born on May 17, 1990, in Sunderland, England. Corresponding to her birth date, Crosby’s birth sign is Taurus.

She was raised up with her siblings in the suburban area of Sunderland. The family had always been a Sunderland Football Club fan. Since her earliest days, Charlotte was exposed to the media world. This motivated her to get into glamor and fame. Her parents have always been supportive of her career choice.

Charlotte Crosby started into filmography with Geordie Shore in 2011. She recently announced that she will be leaving the show after the 2016 season. In 2013, Charlotte was cast a housemate in Celebrity Big Brother.

In 2014, she did her own show named The Charlotte Crosby Experience which couldn’t gain enough TRP to keep the show going. The 2016 year has been a very busy year for this beautiful lady. She has managed to do a lot of other roles, including the Geordie Shore’s role.

Charlotte-Letitia Crosby’s height and other measurements attract most men

Charlotte Crosby is one of the most beautiful women that appears on TV almost every day. Some say that her beauty never gets you bored. On top of that, Charlotte’s amazing body will always be there to keep you amused all the time.

Crosby is 5 feet 6 inches and weighs 54 kg. She wears shoes of size 8 and dress of size 2. In fact, size 2 body is the most desired body by most women around the world. And, Charlotte has been one of those hard-working women to have achieved that body.

Crosby has a waist size of 24 inches and hips of a size of 33 inches. These measurements give her amazing curves.

Charlotte was dating Gaz Beadle in 2011. After breaking up from Holly Hagan, Gaz started over Charlotte. The couple had a loving relationship for the next two years. Then, Charlotte was rumored to be going out with some other men. Perhaps, none of them worked out.

Currently, Charlotte Crosby is in a relationship with Ash Harrison.