Facts you should know about the ‘Good Witch’ Catherine Bell 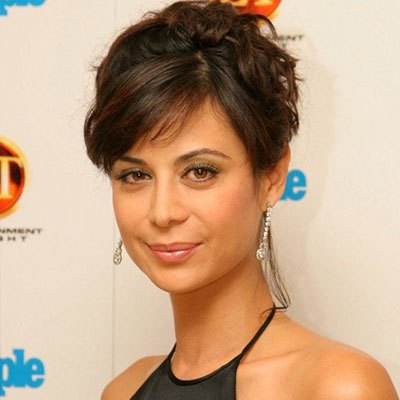 Catherine Bell is a British-Iranian-American actress and producer, who is best known for her role as Denise Sherwood in the series, Army Wives.

Her parents divorced when she was two years old, and she was raised by her mother and maternal grandparents in California.

She attended UCLA and considered a career in medicine or research but dropped out in her sophomore year after having a modeling offer in Japan.

She later returned to the US to try out acting and took acting classes at the Beverly Hills Playhouse.

Her first acting role was in a short-lived sitcom, Sugar and Spice in 1990.

Later, she appeared as Isabella Rossellini’s body double for the 1992 movie, Death Becomes Her and also starred in the film, Men of War.

In 2006, she earned a nomination for Saturn Award for her role in the mini-series, The Triangle.

She co-starred with Trevor Goddard in an American legal drama series, JAG from 1996 to 2005.

She ruled over the TV audience playing the role of Denise Sherwood in the series, Army Wives from 2007 to 2013.

She has been playing the same role in the TV series of the same name since 2008 and is also an executive producer of the series.

Throughout her career, she has accumulated a huge net worth of around $35 million.

Bell has been fond of motorcycling, skiing, snowboarding, kickboxing and making model-cars since a young age.

She was the Grand Marshal of the NASCAR Cup Series race at Dover International Speedway on 3rd June 2007.

The couple welcomed two children, a daughter, Gemma (born 2003) and a son Ronan (born 2010) and lived in Calabasas until they separated in 2011.

Born and raised Roman Catholic, she is currently practicing Scientology and has supported Hollywood Education and Literacy Project.