Skip to content
Home » Entertainment » Team Adam’s Addison Agen is Runner Up on The Voice!

Team Adam’s Addison Agen is Runner Up on The Voice! 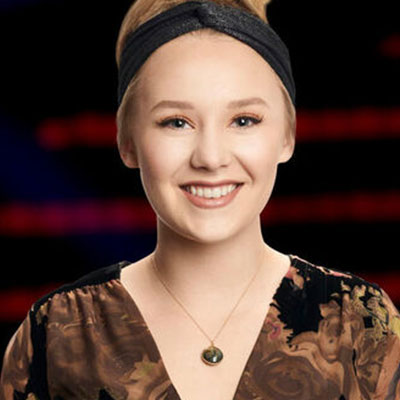 Addison Agen from Team Adam has been capturing spotlight with her wonderful vocal in NBC’s ‘The Voice.’

Formerly belonging to ‘Team Miley’, her current mentor, Adam Levine has high hopes from this 16-year-old.

After she chose Miley Cyrus in the audition, Adam referred to her as “the one that got away.”

She was inspired by her father, Morrison Agen, who owns a record store, Neat Neat Neat Records and Music in Fort Wayne.

Morrison serves as her manager and recently built a stage in his shop so that she could perform.

Her mother, Kristine, works as a musical therapist at a nursing home, where Addison often goes to sing for the residents.

It was the support from her parents that helped Addison release an album of her original songs titled New Places at just 15.

Considering the fact that she blew judges’ brains, it is surprising that she never had any formal training.

She is currently a junior at Concordia Lutheran High School in Fort Wayne, Indiana.