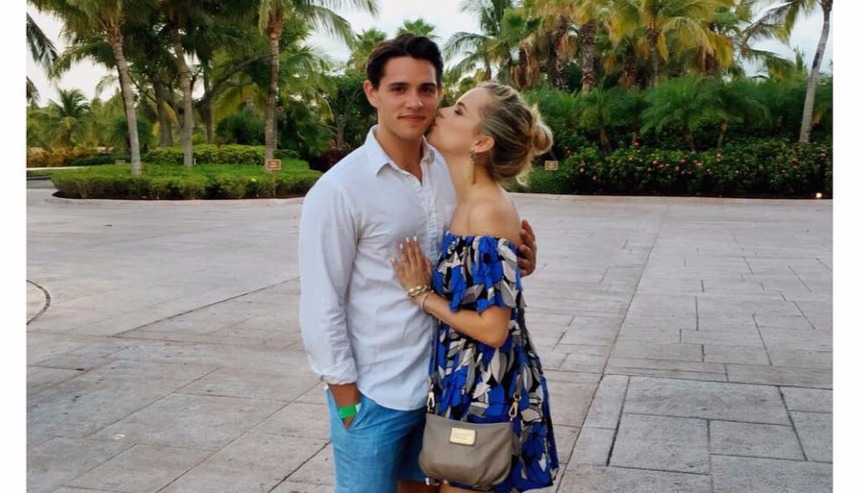 Casey Cott’s fine acting as Kevin Keller in CW’s Riverdale has everyone wondering. Is he gay in real life too? Well, the answer to that is…NO. Unlike his character, Cott is straight and has a girlfriend.

Cott hasn’t yet made it official with his girlfriend on social media. The actor is pretty active on Instagram where he has over 1.3 million followers but he hasn’t posted any photos that would suggest he was dating anyone else.

He frequently posts photos with theater actress Stephanie Styles, who apparently is his best friend. However under a photo of them shared on October 11, 2016, a fan wrote “Dating!” to which Cott replied, “not officially yet.”

For fans who are upset that they couldn’t find anything on Cott’s Instagram about their relationship, head over to Styles! She even wrote in the caption of one of her photos with Cott that they were a “couple.” That’s a pretty good evidence, don’t you think?

The two celebrated Valentine’s Day together in 2017 and also went to the Teen Choice Awards together this year, where Riverdale won big.

Cott’s character Kevin Keller was first introduced in the comics in 2010. He was revealed to be gay, becoming the first openly gay character in the franchise.

Cott is the first person to portray a live-action Kevin Keller and the importance of this is not lost on the talented actor.

In an interview with Tvguide in February 2017, Cott said, “I have a lot of joy and pride in playing Kevin, “I think Kevin is such a well-rounded, created character. He’s smart, witty and he’s so hysterical. He’s loyal. He’s a wonderful friend and I love playing Kevin. It’s a complete joy.”