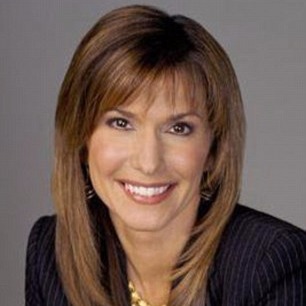 Honored with several awards, the intelligent and bold journalist has enjoyed a successful career spanning more than two decades. The veteran anchor is currently serving CNN as an anchor of CNN Newsroom.

Journalist Carol Costello surely knows how to steal the thunder

1961 born Carol celebrates her birthday on the 11th of October. Soon after completing her university education, the elegant lady made her foray into the journalism industry, joining WAKR-TV in Akron, Ohio. Throughout her tenure in the station, she received several accolades.

After gaining some work experience, she walked out of the station to join WSYX and WBNS 10-TV. From 1992 to 1995, she served the WBAL-TV.

Since October 2001, Carol Costello has served at CNN. At CNN, she has contributed to The Situation Room and has hosted CNN Daybreak.

Courageous anchor, Costello has previously served as a host at the CNN Headline News & also presented the Good Morning Washington. She was a part of the coverage of Hurricane Katrina.

Adding more to her resume, she covered the Casey Anthony Trial, the inauguration of Barack Obama, the Virginia Tech Massacre, and the 2008 presidential election. She got an opportunity to run with the Olympic torch before the Atlanta Olympics.

Carol is enjoying every bit of success she has earned

Throughout her tenure at CNN, Carol has interviewed some of the country’s prominent figures, including George H. W. Bush and Bill Clinton. Before this, she hosted the CNN Daybreak and was a correspondent and newscaster on American Morning.

Costello has been honored multiple times for her distinctive works. She received an Emmy Award in 1991 for covering crack and cocaine. Carol received a UPI Awards, an array of Associated Press awards, and a 1993 Emmy nomination. Reportedly, she has accumulated a net worth of three million dollars.

A native of Minerva, Ohio, Carol Costello came into this world as the second child of David Costello and Sherlyn. Enjoying her childhood along with three siblings, she attended Minerva High School. She eventually joined Kent State University and studied Journalism.

Like many prominent figures, Costello’s highly successful media person is quite protective of her private life. However, her marriage is not hidden from the media’s eyes.

Happily wedded to Dr. Timothy Law Synder since 2000, she does not have children yet. She lives with her husband in their home in Baltimore.

Even at the age of 54, Carol’s face shows no sign of aging, which has stirred up the rumor of plastic surgery. However, nothing yet. She stands with a height of 5’8″.The talented lady has come a long way since she stepped into this field and still has a lot to accomplish.