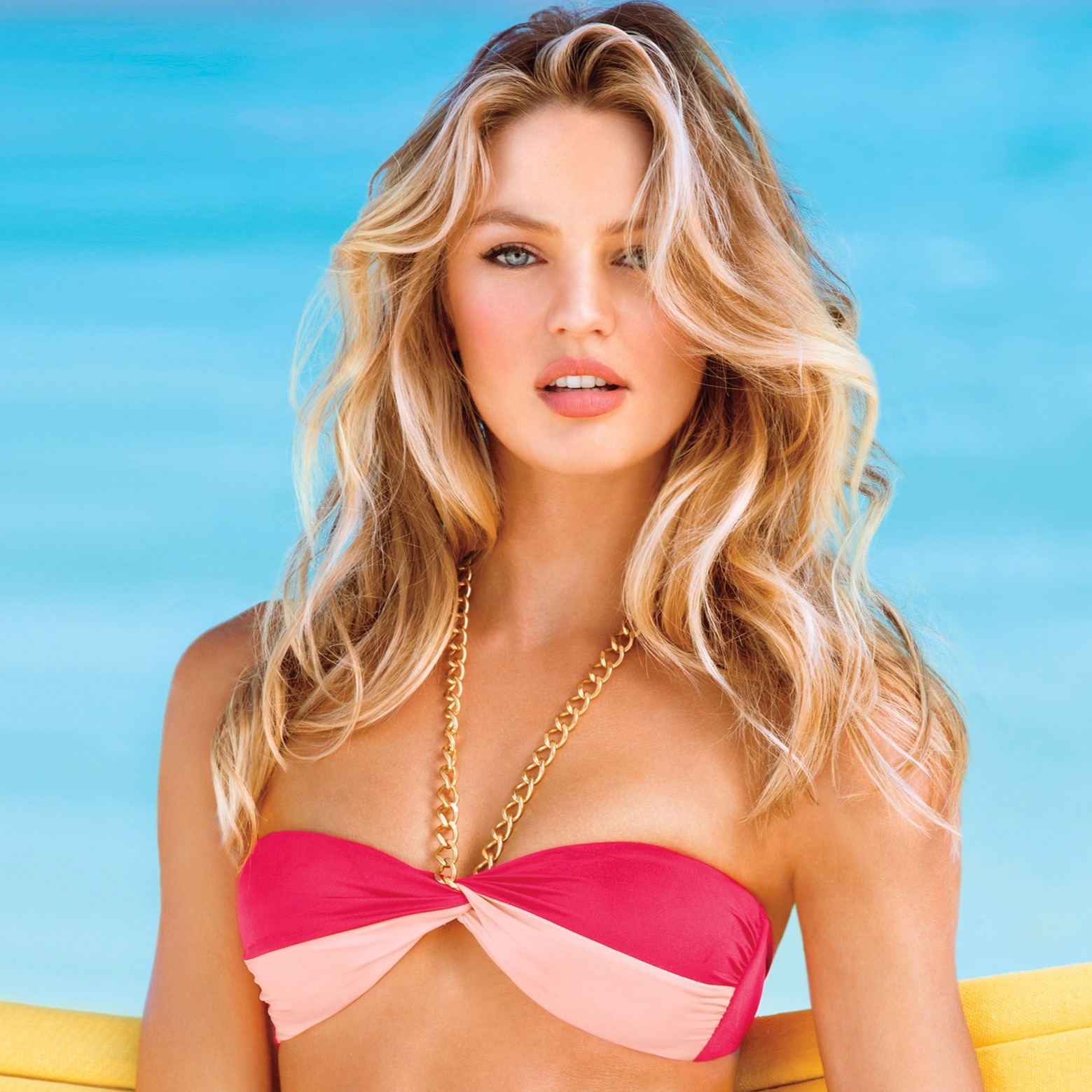 Righteously nicknamed ‘Perfection’, supermodel Candice Swanepoel is not only famous for parading her assets in bikinis but also her cascading blond tresses, finely sculpted the face and amazingly carved figure helps her to stand out. Placed 9th on the list of top-earning models by Forbes in 2013, this Victoria secret’s sweetheart is definitely making her way to top.

Born on October 20, 1988, in an Afrikaner family to Willem & Eileen Swanepoel, Candice spends most of her early life in birth place Mooi River, Kwa-Zulu Natal, South Africa, along with her brother, Stephen. Spotted in Durban flea market at just fifteen, Candice has now proven herself as one the accomplished model of her generation.

Started out as a teenage model, the breathtaking model appeared in advert campaigns for Guess, Diesel, and Nike and pranced her assets down the runway for Betsey Johnson, Dolce & Gabbana and Tommy Hilfiger, before taking her career one step further by making an appearance in craved Sports Illustrated Swimsuit Edition in 2008. By 2010, she was Victoria’s Secret Angels. And like it’s said, rest is the history.

Flaunting the 10 million dollar bra named Royal Fantasy Bra in 2013 Victoria’s Secret Show, globally renowned Candice was routinely ranked as one of the highest paid models by Forbes, with an estimated net worth of $3 million between 2010 & 2011.

South Africa native’s Candice, a sizzling sexy models of Victoria Secret, has undoubtedly taken the world by storm as a blonde.

A model romance between Candice Swanepoel & Hermann Nicoli was one of the highly publicized affairs of 2016. Because the bikini bombshell is expecting a child. The south African model Candice has been dating Hermann since 2005 when she was just seventeen & the two lovelies got engaged in August of 2015.

The two first met in Paris & the longevity in their relationship somehow shows the love & spiritual kinship. Candice and Hermann are soon going to be mom & dad and the couple look so excited & happy.

Standing tall with a height of 5’9’, blue-eyed beauty Candice has a body measurement of 34-23-34. Candice, aged 27, will be soon celebrating her 28th birthday in this October. And whenever she walked down the runways with her seductive & flirtatious presence, Candice just look eye candy.

Counted as one of the accomplished models globally, Candice is certainly worthy of success she has garnered. Had been associated with a number of modeling agencies & campaign, Candice Swanepoel bold looks & fiery walk on runways has made her what she is today. Also, the interested one can view Candice’s brief biography in Wikipedia or another social site.