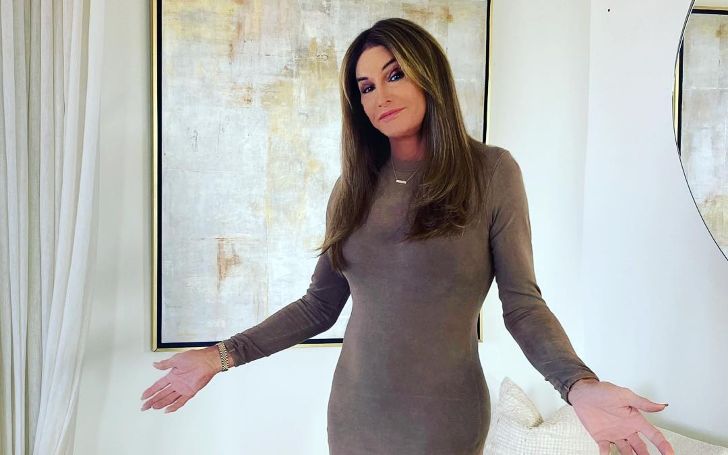 Caitlyn Jenner is an American television personality and political candidate. Further, she is also a motivational speaker and author. However, Jenner, the reality star, came to fame as an athlete.

Not only that, but she was also an American decathlete gold medal winner in the 1976 Olympics. If you want to learn more about Caitlyn’s bio/wiki, surgery, and net worth, then keep reading this article.

Who is Caitlyn Jenner? Learn more about her Age, Family, and Education

Caitlyn Marie Jenner was born William Bruce Jenner. She was born on 28th October 1949 in Mount Kisco, New York, the United States. Therefore, she holds citizenship in America. Likewise, Jenner comes from white ancestry. And as of 2022, Caitlyn’s age is 72 years.

Furthermore, Caitlyn is the daughter of her mother, Esther Ruth, and her father, William Hugh Jenner. She grew up with her three siblings. Sadly, one of her brothers died in a car accident.

Caitlyn attended Sleepy Hollow High School and Newton High School and graduated in 1968. In addition, she earned a football scholarship at Graceland College, but she quit playing football due to a knee injury.

How much is the Net Worth of Caitlyn Jenner?

According to Celebrity Net Worth, the retired gold medalist Caitlyn Jenner holds around $120 million net worth. In addition, she earns around $22,185 to $36,975 per sponsored post on Instagram.

Caitlyn earns millions of dollars; that isn’t a surprise. And according to various online sources, Jenner makes $11 million annually. Also, the former athlete claims her income declined after reviewing her tax returns.

On the other hand, she held this much due to her previous earnings as an Olympic athlete, gold medalist, and celebrity endorsements. Besides, she also earns her income as a television personality.

In 2015, Jenner bought herself a house in California. Furthermore, the gold medalist purchased the property for $3.575 million. Similarly, Caitlyn’s home sits on 11 acres of land away from the hustle and bustle of the city. Likewise, the said piece of real estate has a three-sixty view of the nature surrounding the Cali house.

Caitlyn Jenner went through her fair share of relationships and marriages. However, most of her married life was when she still identified as a man. Although most of her romances remain public knowledge, Caitlyn keeps her current lovelife away from the general view.

Secondly, she married Linda Thompson from 1981 to 1986. And like her first marriage, Caitlyn and Linda gave birth to two sons in their married life. Moreover, Jenner and Thompson named their two children Brandon and Brody Jenner.

Moving on, she married Kris Jenner in 1991. The cupule was blessed with two children; Kylie Jenner and Kendall Jenner. Furthermore, Caitlyn’s kids with Kris became the most famous of Jenner’s children.

But like all of Caitlyn’s relationships, this one also didn’t last, and they separated in June 2013 after she came out as transgender. Their divorce was finalized in December 2014. Furthermore, per the state law, the divorce went into effect on March 23, 2015.

Is Caitlyn gone through Gender Transition?

Caitlyn Jenner has undergone sex reassignment surgery two years after publicly announcing her transition from male to female in 2015. However, Jenner also stated she went through gender dysphoria during her youth.

On her reality show, I Am Cait, the star has boasted about her breast enhancement. She has also admitted to having a ten-hour facial feminization surgery that cost her $70,000. However, reports indicate that she has had far more procedures than accepted, such as a facelift and lip fillers.