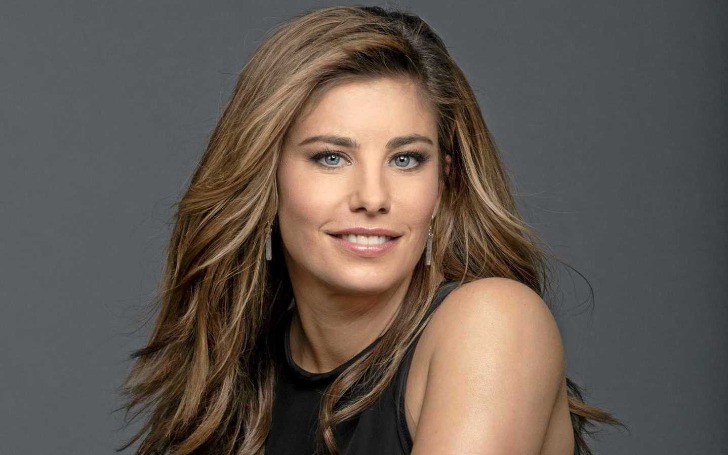 Brooke Satchwell is a well-known name in the Australian Film Industry. Born on 20th November 1980, Satchwell is running in her early forties. Her birthplace is Melbourne, Victoria, Australia; according to astrology, her zodiac sign is Scorpio.

Celebrity actress Satchwell is more than just an actress. Besides acting, she also involves herself in environment-saving activities as a model and an influencer. Satchwell has appeared in many television advertisements but caught the limelight after appearing in the ad for Just Jeans.

The Just Jeans model’s father’s name is Andrew Satchwell, and her mother’s name is Jane Satchwell. Satchwell grew up with her only sibling sister named Catherine. According to the IMDB, she was born several weeks premature.

Satchwell grew up with her parents and sister on the farm in Red Hill, Mornington Peninsula, 40 miles south of Melbourne. She went to Red Hill Primary school for her early schooling, whereas she went to Toorak College for higher education, a girls’ college. Further information regarding her subjects of interest is undisclosed.

The Melbourne-born actress is Australian by nationality. Brooke has been interested in acting since her childhood. Also, she came into the eyes of a casting agent during her school days. Moreover, Satchwell was taking a day off.

The Neighbours actress has an eye-alluring personality and body structure. Besides, Satchwell stands at a decent height of 5 feet 5 inches. The beautiful actress looks fit and slim with an average weight of 55kg.

Moreover, the Play School actress has maintained a perfect body. Likewise, in this phase of her life, Satchwellinspiress many celebrities of her age. It may be her hard work at the gym combined with a balanced diet that makes her body perfect, with measurements of 36-24-34 inches.

Net Worth Of Brooke Satchwell. Has Satchwell Won Any Awards?

Brooke Satchwell has an approximate net worth of $1 Million to $3 Million as of 2022 AD. This millionaire celebrity makes central of her income from her successful career as an actress, producer, and model. However, Satchwell hasn’t opened up to the media regarding her monthly salary, house, car, and other assets.

The Australian entertainment industry recognized and respected Satchwell’s contributions in the field. Hence, the Dead Lucky star got the “Most Popular New Talent Award” for her excellent performance on Neighbours in 1998. She played a frictional character Anne Wilkinson in the Australian soap opera.

How Rich is Kate Mulvany?

Moreover, the SeaChange actress was again nominated for the same character as “Most Popular Actress” the following year after she won the title in 1998 AD. Later in the year 2019, Satchwell again got her name in the nominations for the prestigious title of Best Guest or Supporting Actress in a Television Drama. She shared a nomination with other cast members for Outstanding Performance by an Ensemble Series in a Drama Series.

Satchwell, a versatile actress, began her acting career in 1994 through different advertisements. Later, she gave auditions for the famous Australian opera Neighbours in the role of Anne Wilkinson. As she got the part, Satchwell continued the character for five years.

The coming years turned out more fruitful for the Mr. Inbetween actress. The talented actress became the Brand Ambassador of Pantene in 2004 AD. What’s more, in 2009, Satchwell played her first leading role in the movie Subdivision.

Moreover, Packed to the Rafters, Dirty Laundry Live, Wonderland, Play School, Jack Irish, We have a problem, Dead Lucky, Mr. Inbetween, Show Me the Movie! etc. are her one after another hit shots. Satchwell’s acting career is not only limited to the film and television industry, but also, she is an extraordinary theatre artist. To conclude, she is the best actress of all time.

Brooke Satchwell hasn’t opened up with the media about her current partner. Thus we can guess that she is enjoying her single life and is not married as of 2022. But she wasn’t single from the beginning. The beautiful actress had affairs in the past, which her fans may want to know.

In the early days of her career, Satchwell dated actor Matthew Newton. The love relationship couldn’t go well and ended in 2006. It’s shocking for the fans of Satchwell that their favorite celebrity charged her then partner for physical violence against her.

Later in 2008, the pretty actress again fell in love with an Australian film editor and actor, David Gross. The former couple also exchanged their engagement rings while they were in love. But this could no longer continue, and in 2019, they separated. However, the reason for their separation remains a mystery.

Witnessed Terror Attacks In The Year 2008

The Wonderland actress survived the Terror Attack of 2008 in Taj Hotel, Mumbai. Satchwell added that she hid inside a small cupboard during the Mumbai-Terrorist Attack. She was there, along with a few other Australian-American actors.

Moreover, Satchwell’s then partner David Gross was also with her when the incident happened. They didn’t get any help and were in danger for very long. The former couple survived this awful moment together.

It may sound unpleasant to the followers of Brooke Satchwell to know that she is not often active on her social media sites. Different Instagram accounts with Satchwell’s name are found on the internet. However, non of those accounts are verified.

Moreover, the famed celebrity also doesn’t have a verified Twitter account. However, The Show Me The Movie actress’s account has very few posts of her. Satchwell’s limited posts represent that she doesn’t want to mix her personal life with the media.