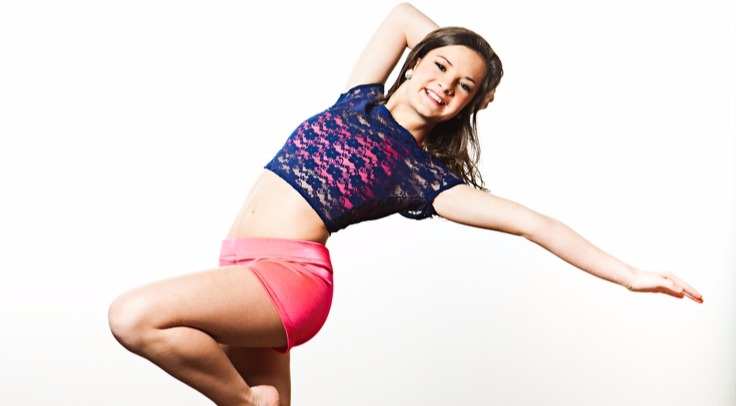 Brooke Hyland is an American dancer and singer, who is well recognized for her appearance on Lifetime’s ‘Dance Moms.’

She was born on January 30, 1998, in Murrysville, Pennsylvania to a professional dancer, Kelly Hyland, and Randy Hyland.

Brooke graduated from Franklin Regional High School, where she was popular for performing contortion.

She took up dancing at an early age and joined Abby Miller Dance Company along with her sister to hone her skills.

Initially, she was Abby’s favorite but  had a cold war with her as she started losing her interest in dancing.

During the early season of ‘Dance Moms,’ she thought of quitting dance to become a cheerleader and expressed hopes of joining the Cirque du Soleil.

In 2014, Brooke and Paige left the show after a physical altercation between their mom Kelly and Abby during the show’s season 4 episode 7.

The Hyland siblings were missed throughout the season as no one’s acrobatic dance tricks came close to matching theirs.

She has been close to fellow ‘Dance Moms’ stars, Maddie Ziegler and Chloe Lukasiak.

Currently, she is studying business major at Ohio University and is active on Instagram, where she has over three million followers.

She dropped her self-titled debut album in August 2013.

The 19-year-old beauty has been in a relationship with Nolan Fabian Betts since her high school years.

Nolan is currently studying computer engineering at Penn State University and is an Instagram star with 270k followers.