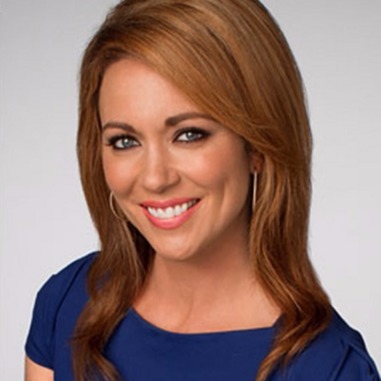 A Peabody Award finalist, Brooke Baldwin is currently serving the CNN as a newscaster. The bold and talented host has anchored a number of prominent events including Arab Spring, tsunami and earthquake in Japan, Osama Bin Laden’s death, the Benghazi attack and Syria crisis. She traveled to the Persian Gulf alongside the US Navy covering the “War on Terror”.

With her soulful blue eye and heartwarming smile, Brook Baldwin came into this world as Lauren Brooke Baldwin in 1979. The gorgeous lady celebrates her birthday on 12th of July. Stepping into the journalism arena in the early 2000s, she joined WVIR-TV in Virginia and subsequently started to host a morning show at WOWK-TV.

She served the WTTG, reporting the 10 p.m. newscast as a lead reporter before signing a contract with HLN and CNN network in 2008. After joining the CNN, she got opportunities to cover major events throughout the globe and interview some of the famous personalities, including Obama’s half-sister, DR Auma Obama.

Native of Atlanta, Georgia, Brooke attended The Westminster Schools. The University of North Carolina at Chapel Hill graduate, she received double bachelor’s degree in Spanish and Journalism. While studying at the UNC, Brooke attended the Universidad iberoAmericana in Mexico City. The CNN anchor married her boyfriend, Jay David in 2010. The happily wedded couple is blessed with two beautiful children.

With her stunning figure and a tall height of 5.9 feet, she made many eyes stuck on her. Even at the age of thirty-seven, the striking American diva looks stunningly young and beautiful.

The beautiful and gifted news anchor is currently hosting the CNN Newsroom as well as presents the early morning news program New Day.