Skip to content
Home » Entertainment » British Royal Family Net Worth: How Rich Is The Queen

British Royal Family Net Worth: How Rich Is The Queen 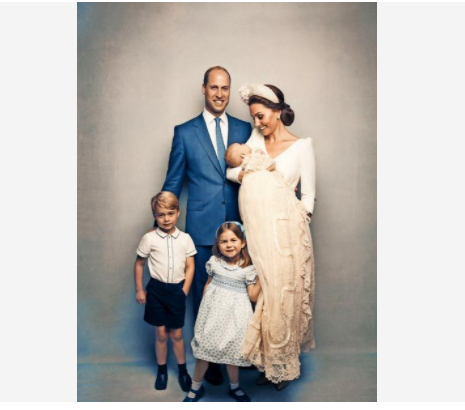 From fashion and dining to social graces and disciplining kids and pets, there are loads of protocols that royalty have to abide by. The Royal Family’s net worth is a much-discussed topic in the world.

Looking at all those crowns, jewels, gowns and enormous properties, you might wonder how they make their money. Behind the lavish lifestyle lies the old capital, to be precise, centuries-old money. As the royal family grows, let’s check out how much each member is worth.

1. Net Worth of Prince George, Princess Charlotte and Prince Louis

While the net worths of Prince William and Princess Kate’s three kids are undetermined, they have already generated billions. Prince George has made more than $3 billion in the British economy, mostly from his clothes.

As girls’ fashion is much larger than boys, Princess Charlotte is estimated to have generated $3.85 billion for the economy. However, Prince Louis lags far behind his siblings with about $125 million.

Princess Eugenie, the youngest daughter of Prince Andrew and Sarah Ferguson, was already worth nearly $5 million before her marriage.

After marriage, Princess Eugenie and her successful businessman husband are worth anywhere between $5 and $10 million.

3. Zara Phillips and her net worth

Zara Phillips, the daughter of Princess Anne and the eldest granddaughter of the Queen, who is without a royal title, is worth $20 million.

Alongside a trust fund, the Olympian equestrian’s income comes from a jewelry line, endorsement deals and other things that the working royals aren’t allowed to do.

4. Net worth of Meghan Markle, Duchess of Sussex

You may know that Meghan Markle was an established actress before she married Prince Harry and became the Duchess of Sussex.

Reportedly, she made around $50k per episode of Suits, and other sources of her income included a lifestyle website and clothing collections. Now a working royal, Meghan has about $5 million net worth.

5. Prince Harry, Net Worth of Duke of Sussex

Prince Harry is estimated to have been worth around $40 million, part of which includes $14 million, which he inherited from his mother’s will, the late Princess Diana.

Additionally, he was paid $45k in salary from his service in the British Army Air Corps. The Duchy of Cornwall pays out $9m annually for all its official expenses and obligations.

Prince William, second in the line of succession to the throne, has an estimated net worth of $40 million. His wealth comes from an inheritance from his late mother, Princess Diana and a trust set up by the Queen Mother.

Kate Middleton, Duchess of Cambridge, receives a salary from the queen as a working royal and has collected a net worth of around $7 to $10 million.

The Earl of Wessex, Prince Edward, the fourth child of Queen Elizabeth II and Prince Philip, has an estimated net worth of $45 million.

Both Princess Edward and his wife, Countess Sophie, are working royals. So, most of their wealth comes from the salary of the queen and a trust fund.

The Duke of York, Prince Andrew, the third child of Queen Elizabeth I and Prince Philip, has an estimated net worth of $75 million.

The sources of his income include a yearly salary of $408k, a trust fund and a pension from the Navy.

Princess Royal, Anne, the only daughter of the Queen and Prince Philip, has a net worth of $30 million, which comes from a royal trust fund and a yearly salary given by her mother.

The Queen’s and Prince Philip’s eldest son Charles, the Prince of Wales, has a whopping net worth of $400 million. His wife, Camilla, the Duchess of Cornwall, has a personal net worth of $5 million.

The Queen’s husband of more than seven decades, Prince Phillip, the Duke of Edinburgh, has a net worth of $30 million. Now, Prince Phillip has retired from his public duties. Previously, he received an annual salary of $459k as a working royal.

Queen Elizabeth II, who has been on the throne since 1953, has a vast net worth of between $425 to $550 million. She has also collected millions from the Duchy of Lancaster, the Sovereign Grant, and an extensive art and jewelry collection.

What is She’s a lady singer Tom Jones’s Net Worth in 2018? Properties