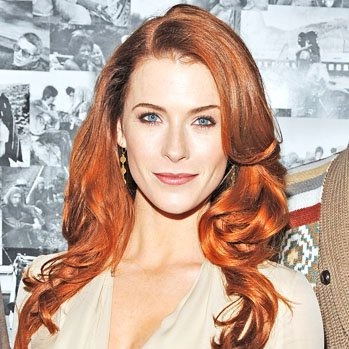 2008 brought a major turning point in Bridget’s career as she began filming Legend of the Seeker, a TV show based on the Sword of Truth series. She portrayed Mother Confessor Kahlan Amnell in the series and earned swift success in the industry. Bridget had to change her looks for the play. She dyed her dark brown and black hair to red and occasionally straightened it.

Following Legend of the Seeker, Bridget’s next great role was as Neal Caffrey’s love interest Rebecca Lowe/Rachel Turner in the 5th season of USA Network series, White Collar. Bridget’s Rebecca Lowe turned out be an MI5 agent turned assassin, Rachel Turner. On her transformation to a villain, she said to E!, “Oh my gosh, no one is ever going to trust me on TV again! They’ll always think I’m up to something from now on!”

Her villainous roles have been also been a turning point for her career. Bridget had similar transformations in her following recurring roles in ABC’s superhero fiction Agent Carter and The CW telenovela, Jane the Virgin.

Bridget had knocked the door of showbiz world in the 1990s by appearing in La Jolla Playhouse’s production Sweet Bird of Youth. She continued to hone her skills in the early 2000s, taking minor roles in the television shows and films.

She played yet another Broadway play Children and Art before being hired for The Wedding Album. She starred in television series The Frontier in 2012 and joined Beauty & the Beast as Alex the following year. She played a minor character Addy in John Wick.

In addition, Bridget co-starred as an Asian diplomat Sasha Cooper in a TV drama series The Last Ship.  The series is a Post-apocalyptic action drama and has completed its third season. Most recently, Bridget also made a guest appearance as Meghan Hunt in the thirteenth season of Grey’s Anatomy.

The actress must be banking some serious cash. Sources claim that she earns an annual $200 thousand and her net worth is around $2 million.

Apparently, fans loved the romance between Kahlan Amnell and Richard Cypher in Legend of the Seeker. Bridget’s on-screen marriage with Australian actor Craig Horner, who portrayed Richard Cypher, seemed more fairy-tale than her actual wedding ceremony! Also, after 44 episodes of the enticing romance, it takes real effort to not wish the two actors were together.

“I think that Craig and I are really staying true to who those people are in the book and their relationship,” said Bridget in an interview.

Bridget’s on-screen intimate moments with Craig Horner and friendship off camera got enormous public attention. For a while, they were thought to be dating. However, neither of the co-stars have spared their time to address the rumors.

Bridget is married to assistant director Eamon O’Sullivan. She met Eamon while filming Legend of the Seeker in Netherlands. The couple shared their vows in 2010. She has a five-year-old daughter with Eamon, Frankie Jean.

She surprised most of her fans by announcing her child’s birth. She had remained extremely secretive of her baby bumps. On December 28, 2010, she shared on Twitter that Frankie was born “beautiful, happy, and healthy”.

Despite all the divorce rumors, Bridget is still married to Eamon. We hope she continues her marriage with Eamon. They look so adorable together!

Recognized by millions as Kahlan Amnell, a character she played in the TV series Legend of the Seeker, Bridget Regan has established her individuality as one of the sought-after actresses in the United States. This Californian native can also be seen as Rose in Jane the Virgin, as Dottie Underwood in Agent Carter and as Rebecca Lowe/Rachel Turner in White Collar.

She has been married to Eamon O’Sullivan for six years. However, her exceptional performance in Legend of the Seeker series got public to believe that she was dating her co-star, Craig Horner. She has appeared in numerous television series including NCIS: Los Angeles, Person of Interest, Perception, Beauty and the Beast, and Sons of Anarchy. In addition, she has performed brilliantly in movies like The Babysitters, Sex and the City, and The Best and the Brightest.

Bridget Regan was born as Bridget Catherine Regan on 3rd February 1982 in San Diego County, California, United States. Brought up in an Irish American & Catholic family, Bridget Regan wanted to try her luck in acting since she was a child.

She made an appearance in North County productions of The Wizard of Oz at La Paloma Theatre. Her early childhood performing experience includes a stage production of Amazing Technicolor Dreamcoat.

Bridget pursued her graduation from the University of North Carolina School of the Arts.