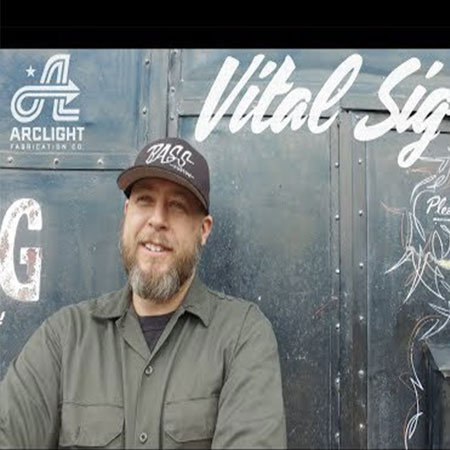 Brian appeared as the first ever guest builder on the third episode of the tenth season of ‘Fast N’ Loud’ in 2017.

He is the proud owner of Bass Kustom, a car customization shop located in Willow Street, Dallas, Texas.

Brian grew up in Waco, Texas, where hot rods were throbbing during the 70s and 80s. His father would take him to the Waco Mini Nationals Car show.

Brian’s father, a fireman, would also take him to show his friends’ hot rods and that’s where Brian found his passion.

His first hot rod was a 1949 Ford Coupe, which he built alongside his father.

He first met Richard Rawlings between 2002 and 2003, when Richard was first starting out with Gas Monkey Garage.

Before Brian met Richard, he worked at a sign company, and during his off hours, he would be pinstriping, lettering and doing artworks.

Three of the best hot rods that Brian has ever built are ‘The Texas Play Boy,’ ‘32 roadster’ and ‘Model A roadster.’

Brian is currently bringing back his grandfather’s 1958 F-100 on to the streets for him to use and pass it onto his son.

He is married to Angie Bass and they celebrated their 7th year anniversary on March 19, 2018.